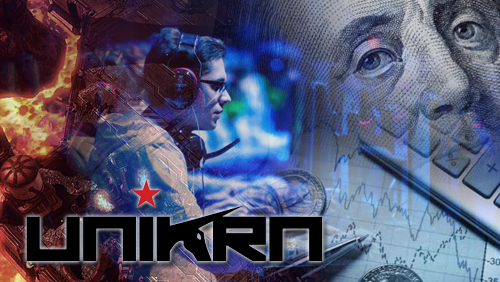 The latest investment round was led by Jonathan Teo and Justin Caldbeck of Binary Capital, early investors in companies such as Twitter, Snapchat, Instagram, Whisper, and Taskrabbit.

Mark Cuban, owner of the Dallas Mavericks and Shark Tank television celebrity, has joined a group of investors including Advancit Capital, Freelands Group, 500 Startups, Indicator Ventures, and Tabcorp in putting $7 million to Unikrn.

“Hundreds of companies every year try to get me to invest, whether on Shark Tank or off camera. However, I only put my money and my name on the companies that I feel will be successful, truly advance an industry and have a leadership team that I respect,” said Cuban. “Unikrn fits all these requirements. The rapid growth of eSports has created an entire new category of competition and I am proud to partner with Rahul Sood and his team to help bring eSports to an even greater audience. As a sports fanatic and owner of the NBA‘s Dallas Mavericks, I’m excited to be involved with a new sport just as it’s poised for huge growth.”

Unirkn Chief Executive and co-founder Rahul Sood said that the company plans to use the money from this round to add staff and boost marketing and partnerships. To date, Unikrn has raised $10m and the company is moving fast to take advantage of the growth of e-sports.

“Working with Jonathan and his team has been an experience to say the least. They have helped us pivot at the beginning, and they always refer to us as ‘we’ even before they pulled the trigger,” said Sood. “They’re an incredible partner with vast consumer branding and eSports experience. And, with the help of our other amazing investors, our vision of bringing safe and legal wagering on eSports to consumers around the world is now well within our grasp.”

Unikrn’s wagering services are not legal in the U.S. and the company gets most of its customers from the UK, Ireland, and Australia. Sood said that the company plans to eventually find a way into the U.S. market.

Last year, 27 million people tuned in to watch the finals of the League of Legends World Championship. And game streaming service Twitch viewers watched an average of 16 billion minutes of live gaming streams per month in 2014.

“Millions of people watch competitive gaming globally, we believe the industry has hit an inflection point and this is just the tip of the iceberg for where this new sport can go,” said Teo said. “We fully believe in the Unikrn executive team, what they are building, and their vision of how they want to heighten people’s engagement with eSports across all mediums.”

The new version of Unikrn Arena is expected to be launched in July.