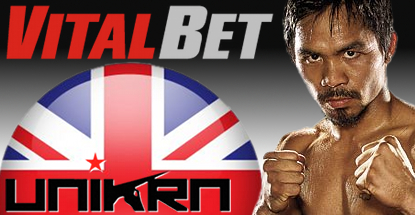 The Unikrn Arena platform, which is powered by Australian betting operator Tabcorp’s online division Luxbet, will allow UK bettors to watch and wager on the outcome of matches and tournaments around the globe via both desktop and mobile devices. Unikrn has secured the cooperation of European eSports leagues including the ESL Gaming Network and the ESEA.

In tandem with the UK launch, Unikrn has added Counter Strike: Global Offensive to its list of eSports titles on which wagers can be made, joining the likes of League of Legends, Dota 2, Starcraft 2 and others. And for the first time, Unikrn is allowing punters to bet on the Overall Tournament Winner for games on its platform.

While UK bookies like William Hill and Paddy Power have dabbled in eSports markets, Unikrn CEO Rahul Sood said there had been “tremendous demand for safe wagering” on eSports in the UK. The UK boasts the globe’s fifth largest video game market by revenue and an estimated 69% of the population is counted among the country’s ‘gamer audience.’

MANNY PACQUIAO LENDS NAME TO VITALBET
Meanwhile, boxer Manny Pacquiao has thrown his welterweight behind the newly launched eSports betting site VitalBet. Unlike Unikrn, VitalBet is a full-service wagering site, offering a live dealer casino, a Bitcoin dice game and a lottery that draws winners every couple minutes. A sportsbook is reportedly in the pipeline.

The Curacao-licensed, Costa Rica-based VitalBet proudly bills itself as “The Official Sportsbook & Casino of Manny Pacquiao.” The Philippine congressman has an extensive history of gambling although he claims to have curbed his wicked ways after finding Jesus. In 2012, Pacquiao’s home country of the Philippines hosted the Manny Pacquiao World Poker Event, an Asian Poker Tour accredited tournament.

VItalBet is powered by UltraPlay software and accepts wagers in both fiat currency and Bitcoin. Vitalbet is not available to residents of the United States or Hong Kong.