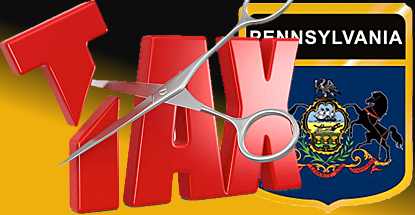 The majority of Pennsylvania’s dozen casino operators have expressed support for online gambling but only if tax rates are set low enough to ensure profitability.

Among those expressing concern over this proposed rate was Eric Schippers, senior VP of government relations at Penn National Gaming. Schippers said his company’s online gambling operations would lose $20m in its first three years of operation under a 54% tax rate. Schippers said the 14% rate envisioned by state Rep. John Payne’s HB 649 would be infinitely more preferable.

Parx Casino chairman Robert Green said his firm wasn’t opposed to venturing online but insisted there must be “safeguards” to ensure that online gambling is “integrated into the existing industry.” Green is suspected of having pushed for SB 900’s requirement for would-be online gamblers to register in-person at one of the state’s brick-and-mortar gaming venues.

Some casino operators expressed opposition to allowing the state’s Category 3 licensed operators from being allowed to offer online gambling. Category 3 licensees, which include Valley Forge Casino Resort, are limited in terms of how many slots and gaming tables they can offer and thus paid significantly lower license fees than Category 1 & 2 operators. UK-listed online gambling operator Bwin.party digital entertainment is believed to have reached a prospective online tie-up with Valley Forge.

Not surprisingly, Valley Forge chairman Bob Pickus expressed support for Category 3 licensees’ ability to participate in a regulated online market. Pickus also urged legislators to approve both poker and casino verticals, allow interstate compacts as well as partnerships with “existing operators that have experience and name recognition” while “not limiting skins” of online licensees.

Las Vegas Sands sent Sands Bethlehem president Mark Juliano to express the company’s longstanding opposition to anything involving the internet. Juliano claimed online gambling was a “job killer” that would transfer employment from the state to “server farms in foreign countries.” Juliano said online gambling would “dilute a competitive marketplace” and “erode” the progress the state’s casino industry had made since it launched nine years ago.

Senator Robert Tomlinson, who is a co-sponsor of SB 900, surprised many observers with his fanciful claim that reducing the online tax rate to below the land-based rates – 55% for slots, 16% for table games – would encourage casinos to focus on the online business at the expense of their brick-and-mortar operations.

Unimpressed by responses that Atlantic City casinos with online operations were reporting no cannibalization of their brick-and-mortar sales, Tomlinson asked the assembled casino execs to submit written testimony explaining why his doomsday scenario was unlikely. Sadly, no witness had the balls to scribble “well, duh” on a paper airplane and zing it at Tomlinson’s head.