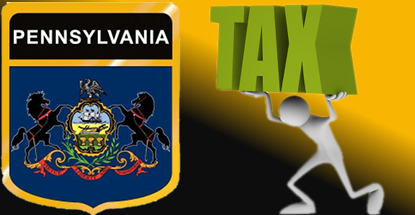 SB 900 was filed by Senator Kim Ward, with Joseph Scarnati, Robert Tomlinson and Elder Vogel listed as co-sponsors. While Pennsylvania has already welcomed four online gambling bills – three in favor, one opposed – SB 900 is the first to emerge from the Senate. This is either progress or a sign that senators were tired of the House sucking up all that lobbying cash.

SB 900, which contains a raft of proposals aimed at boosting the state’s overall gaming industry, allows for both online poker and casino games. As with the state’s other online bills, only the state’s existing casino licensees would be eligible to offer online gambling.

The bill doesn’t contain any explicit ‘bad actor’ prohibitions among its criteria for a licensee’s online technology partner. However, applicants would have to provide a “fictitious, brand or trade name” that they intend to use for their online operations, and said name must be “predominantly the same name that is utilized by the licensed gaming entity,” which appears to limit the use of established online brands.

Online applicants would be required to pay an upfront fee of $10m, with licenses valid for an initial five-year term. The fee for renewal is $1m, although whether the duration of this renewal also spans five years isn’t specified. Unlike some other online bills, this upfront payment doesn’t appear to be a deposit from which future taxes will be deducted, but a $10m fee, plain and simple.

The tax rate is set at a staggering 54% of gross gaming revenue, which is only slightly better than the 55% rate the state applies to land-based slots revenue, while land-based table games are taxed at only 16%. Other bills proposed in the state have set tax rates as low as 14%, so expect lots of pushback on this front.

SB 900 dropped one day before the Senate Community, Economic and Recreational Development Committee is set to hold a hearing on all things gaming, including the online variety. Ward chairs this committee, which also contains two of her bill’s co-sponsors.

With California’s legislative progress bogged down by stakeholder infighting, Pennsylvania is the only state that stands any chance of passing online gambling legislation this year. With the notable exception of Las Vegas Sands, most of the state’s casino licensees are either in favor of or on the fence regarding online expansion, as are Pennsylvania voters (or not, depending on which poll you read). But the legislature is set to adjourn on June 30. Tempus fugit, people…