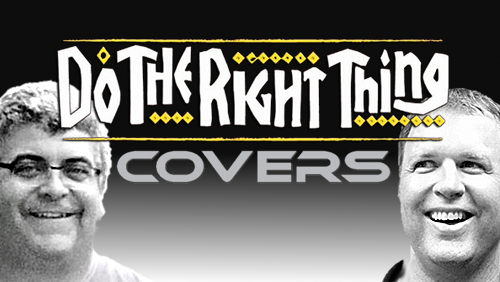 Canadian online sports betting affiliate Covers.com has been acquired by Gracenote, a subsidiary of US media powerhouse Tribune Media.

Gracenote announced on Thursday that it had acquired the Halifax-based Covers.com, along with Covers offshoot SportsDirect Inc. and the Netherlands-based Infostrada Sports. The trio will operate under the banner of Gracenote Sports, Gracenote’s new sports data service, which aims to provide data on global sports leagues and events to broadcasters, sports federations and event organizers.

The deal is a reflection of both the growth of the data-hungry daily fantasy sports industry and the increased momentum behind the push for legal sports bets in the United States. The Chicago-based Tribune is a media giant whose holdings include superstation WGN and 38 other television stations across the US.

Gracenote said the total price tag of its three acquisitions would be US $54m. Assuming at least half of that went to the Halifax crew, perhaps now is a good time to remind everyone of Covers.com’s role in the collapse of online sportsbook betED.

betED was one of a number of online sports betting firms indicted on May 23, 2011, a date that became known as Blue Monday (following the Black Friday action against the three major US-facing online poker companies). Unlike the other indicted sites, most of which were back up and running on alternate domains within days or even hours of the Department of Justice’s action, betED was never heard from again and its customers lost their entire account balances.

Prior to Blue Monday, betED was the top-rated online sportsbook at Covers.com, which reportedly provided 95% of betED’s business. Following the indictments, Covers claimed to be in regular communication with betED’s ownership and further claimed to be attempting to negotiate a transfer of betED’s player database to another online sportsbook, although nothing ever came of these alleged negotiations.

There were plenty of rumblings at the time that questioned betED’s stated excuse for closing – the DOJ had seized its bank accounts – arguing that the actual amount of funds seized was insignificant and that betED’s owners were simply looking for an excuse to shut down and keep the player balances as a consolation prize.

As for the identify of betED’s owners, sources told CalvinAyre.com that Covers/SportsDirect founders Paul Lavers and Joe Macdonald (pictured) were the company’s beneficial owners via a lucrative revenue-sharing deal (estimated at 70%). Macdonald gave an interview to Gambling911.com, calling the ownership allegations “total bullshit” but betED’s Costa Rica-based employees – who were stiffed out of severance by the site’s closure – claimed Lavers had been calling the shots at betEd.

Whatever share of that $54m Gracenote deal is currently sitting in Lavers and Macdonald’s bank accounts, surely there’s enough to right a historical wrong.