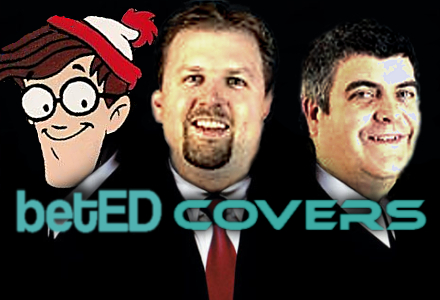 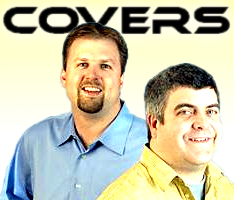 Online sportsbook betED’s abrupt shutdown following the Blue Monday indictments has produced howls of outrage from players whose deposits went MIA on May 23. While the players’ anger is well justified, their ‘fuck you, pay me’ chorus has largely drowned out the protests of betED’s former Costa Rican employees, all of whom lost their jobs that day, yet none have as yet received their legally required severance pay (something the Costa Rican government takes very seriously).

A source with inside knowledge of the employees’ plight told CalvinAyre.com that the total amount betED owes their ex-employees is less than US$200k. The problem is that betED is dead broke. We know they’re broke because prominent sports statistics site Covers.com (which perennially ranked betED as its #1 sportsbook) announced as much when they broke the news that betED was toast. Covers’ blogger FreedomAtStake – widely accepted to be a shared posting identity of site founders Paul Lavers and Joe MacDonald – stated for the record two days after Blue Monday that “There is no money left. The American government has it all.” Freedom doubled-down on this notion last week by stating: “The DoJ got all [betED’s] money. I’ve got no way to prove this, but I believe it.”

We don’t. Our Costa Rican source tells us that the amount seized from betED accounts by the Department of Justice was relatively small; at most, a couple hundred thousand. If, as Freedom claims, betED “was making good money before it went down,” than the loss of a couple hundred grand shouldn’t have counted as a mortal blow. So why was the decision made to shut down, and where has the rest of the money gone? Those are questions we’d love to ask betED’s owners, but pinning down the ownership of betED is a bit like trying to figure out which asshole in a crowded elevator just farted. David Parchomchuk – one of the two men indicted on Blue Monday in connection with betED – has (through his lawyer) denied ownership, claiming he was a mere techie who was shocked, shocked!, to find online gambling taking place once he’d switched on their online gambling servers.

The other indictee, Darren Wright, has also instructed his lawyers to deny ownership, but our source tells us that Wright did indeed claim to be a betED owner, and that he certainly “never acted as less” in front of betED’s CR staff. For that reason, one intrepid ex-employee chose to pay a post-Blue Monday visit to Wright’s million-dollar residence to demand his rightful severance, only to be ordered off the property and threatened with arrest if he dared darken Wright’s door again. The ex-employees have now been told that a meeting regarding their severance will be held Thursday (23rd), but few expect to go to bed that night any wealthier than when they awoke. (Either way, CalvinAyre.com will provide an update as facts become available to us.)

So assuming Wright has a stake in betED, we’re left to ponder how significant a stake. A former betED employee told Gambling911 that an estimated 95% of the sportsbook’s customers flowed from Covers, and that Covers claimed a 70% revenue share generated by those players. (Prior to the G911 article’s publication, our source had described a similar structure, but with an 80% rev share.)

If those figures are even remotely accurate, then it would appear that the Covers tail was wagging betED’s dog. While Covers has vehemently denied legal ownership of betED, the scenario outlined above would definitely constitute beneficial ownership. Our source also told us that, while Wright may have been the one who physically pulled betED’s plug, ex-betED employees say that he was instructed to do so by Paul Lavers. Paul is quoted as instructing Darren on May 23 (the day the indictments became public) to shut betED down and run! That’s an incendiary, unsupported allegation, one that we publish with a nod to Freedom’s earlier caveat; we’ve got no way to prove this, but we believe it. 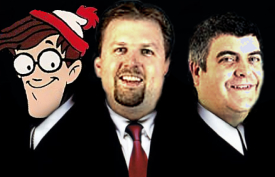 We’d love to hear what Lavers has to say about this charge, but the first time we contacted him to clarify his relationship with betED, his only response was to threaten to publish an article on Covers containing information he believed would be injurious to Calvin Ayre and the Bodog brand. For his part, MacDonald emphatically stated that “any rumors stating that Covers had any type of ownership stake in betED are 100% wrong,” while simultaneously warning us that by asking such questions, we were “going down a dangerous path for everybody involved.”

Last week, Freedom announced that betED had been in negotiations with Heritage/BetHorizon to acquire betED’s database, but that these bailout talks had collapsed. Freedom encouraged Covers posters to ask Heritage “why it went sour.” When a poster subsequently claimed to have spoken with a Heritage VP who’d denied the company had been negotiating with betED. Freedom replied, “If that’s the way [Heritage] want to play it, I understand.” Which basically sums up our attitude toward Covers’ denial of betED ownership: if that’s the way Lavers and MacDonald want to play it, we understand.

Freedom said that Covers’ next move on behalf of betED’s stiffed players will be “to begin our campaign to pressure th [sic] American government to stop stealing the money of innocent American players.” Precisely what Covers hopes to accomplish by this is unclear. Unlike the lack of clarity surrounding online poker’s US legality, betting on sports outside Nevada is a low-down dirty shame, so that’s Uncle Sam’s money now. So what’s the point of Covers’ campaign? The need to be seen to be doing something? An attempt at misdirection? More sound and fury signifying nothing? If the amounts Uncle Sam seized on Blue Monday were minimal, then who has the player balances?