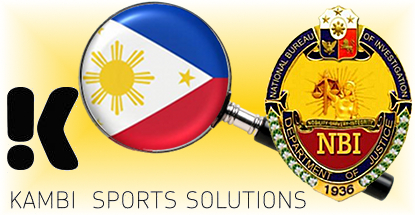 On Tuesday, the Sweden/Malta/London-based Kambi revealed that its local subsidiary Kambi Philippines Inc., which provides back office functions for its online sportsbook product, had been notified that it is “the subject of an investigation by the Philippines National Bureau of Investigation (NBI) into allegations relating to the carrying out of illegal gambling activities in the Philippines.”

Kambi says it is “confident that there are no activities occurring in its Philippines operation which are contrary to law.” To ensure no service disruption for its B2B customers – including 888 Holdings, 32Red and Unibet – Kambi has “immediately implemented business continuity measures in accordance with its internal Group policies to ensure cover for the services provided by its Manila operation.”

Manila has become a hub for online gambling firms looking to take advantage of the Philippines’ thriving business process outsourcing (BPO) industry. But operators and suppliers that base their Asian-facing operations in Manila must agree to abide by certain rules, including a prohibition on accepting online wagers from gamblers residing in the Philippines.

Kambi joins a growing number of Philippines-licensed online gambling operators and technology suppliers that have found themselves under investigation for uncertain offenses. UK bookmaker William Hill opted to close its Manila office after being targeted by a similarly vague NBI investigation last year.

Late last year, an op-ed in the Manila Times questioned the justifications behind these raids, which are usually framed as targeting alleged violations of the local gambling prohibition or for hiring illegal immigrants to work in call centers. Sometimes these probes appear justified, while the motivation behind other raids appears far murkier. Should these apparent shakedowns persist, the appeal of the Philippines’ BPO industry could suffer an irreparable hit.