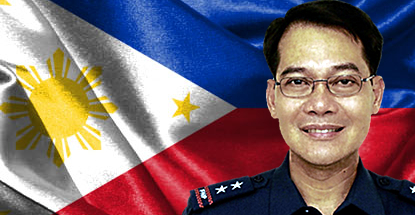 A Philippine lawmaker has introduced legislation that could lead to the formation of a domestic regulated online gambling market. On Monday, the opposition ACT-CIS party’s Rep. Samuel Pagdilao Jr. (pictured, in his former role as head of the nation’s Criminal Investigation and Detection Group) introduced House Bill 4540, which would authorize the country’s gaming regulator Philippine Amusement and Gaming Corporation (PAGCOR) to issue domestic online gambling licenses as well as to punish any company caught serving Philippine gamblers without such a license.

At things presently stand, the Philippines has a robust outward-looking online gambling industry based on licenses issued by the First Cagayan Leisure and Resort Corporation, as authorized by the Cagayan Economic Zone Authority (CEZA). But First Cagayan’s licensees are forbidden from serving domestic customers. Rep. Pagdilao’s plan is to allow Pagcor to issue Internet Gaming Certificates (IGC) that would allow private operators to serve Filipinos, provided customers are 18 years of age or older.

HB 4540 doesn’t specify what forms of online gambling would be permitted in a regulated domestic market, defining ‘internet gaming’ only as “the placing of bets or wagers” involving “authorized internet games.” Pagdilao believes his bill would help curb illegal operators currently plying their trade in the country. Before he quit the police to enter politics, Pagdilao had roundly criticized court rulings that left the legality of domestic online gambling up in the air.

Duterte to gambling sites: get POGO license or get out
Steven Stradbrooke
22 December 2016
.