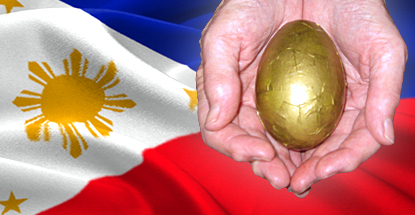 The harassment of Manila-based online gambling companies by local police has a prominent media personality worried that these companies will get fed up and leave the Philippines. Television and radio host Erwin Tulfo penned a recent op-ed in the Manila Times noting that some Asian-facing online gambling companies who base their business process outsourcing (BPO) operations in the Philippines have been subjected to police raids, the grounds for which are slim to non-existent.

According to Tulfo, “some units of the National Bureau of Investigation (NBI) and the Philippine National Police, including the Bureau of Immigration, have been mulcting millions every month from service providers of online gaming.” Tulfo said the standard M.O. for these units is to convince a judge to issue a search warrant based on trumped-up claims of violations of immigration law or by saying the operator is illegally accepting bets from Philippine residents.

In November, NBI officers raided a non-gaming BPO center providing services for UK bookies William Hill. Hills insisted its operations in the Philippines had broken no laws but opted to close the facility and shift its BPO operations outside the country while the NBI’s investigation was ongoing.

In response, Tulfo’s sources said many operators had either chosen to shift their BPO operations elsewhere or had resorted to “doling out millions a month to these raiders” in order to “avoid harassment and frequent visits from these lawmen.” If such nuisance raids were to continue unabated, Tulfo fears online gaming companies might “leave the country for good.”

The Philippines became a hub for Asian-facing online gambling operators because it offered a stable base from which to operate. The only proviso was that operators not accept wagers from Philippine residents. It’s difficult to imagine any serious operator choosing to jeopardize its Asian-facing business for the short-term gain of accepting local action, making the claims that produce these warrants all the more preposterous.

In 2011, the Philippines overtook India as the globe’s top BPO voice-service provider, based on the fluency of its residents and their Western-accented English. In the past 10 years, the nation’s BPO business has gone from just 101k employees to over one million, while the sector’s revenue has risen ten-fold to $13.3b. Based on BPO’s importance to the national economy, it would be disastrous to allow a few irresponsible officers to kill this golden goose.