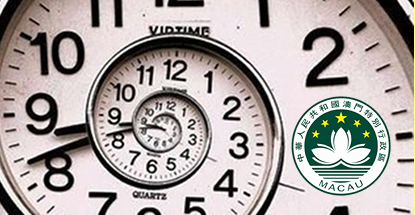 Macau casinos may be in for a longer revenue slump than originally anticipated, according to Deutsche Bank analysts.

DB’s Karen Tang issued a note this week warning that the mass market gambling sector is proving ineffective at mitigating Macau’s serious decline in VIP gambling. Tang notes that Macau visitor arrivals fell 4% year-on-year in the first three months of 2015, a decline not seen since China imposed visa restrictions in 2008-09. The decline was even higher (10%) in the number of overnight visitors.

In addition, visitors are spending less at Macau’s gaming tables. Mass gaming spend per visitor fell 14% in Q1, despite average table limits falling 30% from their Q3 2014 peak. Tang says this decline is in part due to an increased number of premium mass gamblers – who wager significant amounts of cash but not enough to qualify as VIPs – looking beyond Macau to get their casino jollies.

Macau’s mass market yield per table fell 22% in Q1 and Tang believes this “will fall another 30% by 2017” as the new wave of Cotai casinos opens, significantly increasing supply without a corresponding increase in demand. DB has therefore revised its forecast of a 26% decline in FY 2015 revenue to 28.5%, with the VIP market projected to fall 33.6% to $17.6b and the mass market down 20.8% to $13.8b.

JUNKETS STEERING VIPS AWAY FROM MACAU
Analysts at JL Warren Capital are even more bearish, forecasting FY 2015 revenue will fall between 30.6% and 34.4%. In a report issued this week, JL Warren said many Macau junket operators now view Macau as “merely a marketing venue but no longer the place they bring VIP gamblers.”

To maximize returns, JL Warren says junkets are steering their remaining VIPs to other Asian gaming jurisdictions, which boast lower tax rates than Macau. In addition, unlike in some other jurisdictions, bad debts from VIP gamblers aren’t tax deductible in Macau. With China’s corruption crackdown limiting the ability of VIPs to raise ready cash, JL Warren says “the tax treatment of non-performing loans has become more relevant than ever before.”

TOTAL SMOKING BAN SEEN AS FURTHER DRAG ON REVENUE
Macau’s plan to ultimately implement a universal smoking ban in casinos is viewed as a contributing factor in the gaming hub’s decline. Earlier this week, Secretary for Social Affairs and Culture Alexis Tam said Macau legislators were “in the final stage of amending the law” to eliminate previous exemptions for VIP rooms and airport-style smoking lounges on the main casino floor.

Credit Suisse believes smokers’ need to travel outside the casino to get their fix will decrease the amount of time they spend at the gaming tables, with a corresponding fall in gaming revenue. On the VIP side, Credit Suisse believes that a complete smoking ban “may prompt junkets to take players overseas where there is a more accommodative operating environment.”

The government has attempted to blunt these concerns by publishing the results of a study which found that, while 30% of Macau visitors were smokers, only 10% of these smokers said they would forego coming to Macau if a universal smoking ban were implemented.