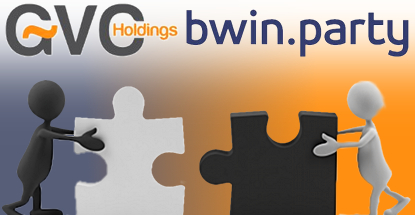 In a statement released on Friday, GVC confirmed it had submitted a proposal to acquire Bwin.party’s “entire issued and to be issued share capital.” Given that Bwin.party’s market cap is more than twice the size of GVC’s, the deal would be treated as a reverse takeover and would require the approval of GVC shareholders.

Bwin.party released its own statement, saying it was “continuing its discussions with a number of third parties and has received revised proposals (including from GVC Holdings PLC) regarding a variety of possible business combinations.” While both parties stressed that there was no guarantee a deal would be made, the news sent Bwin.party’s shares up over 11% to 99.45p, its highest close since mid-February. Tellingly, GVC’s shares rose less than 1% to 461.93p.

In March, GVC CEO Kenneth Alexander publicly mused about acquiring “something like” Bwin.party as his company looked to make a transformative acquisition similar to its 2013 purchase of Sportingbet’s grey market operations.

Bwin.party, which has been on a largely uninterrupted decline since the ill-fated 2011 merger of Bwin and PartyGaming, has been the subject of takeover rumors since last year. Speculation had it that Bwin.party was to be sold off piecemeal and its shares fell nearly one-fifth in February on rumors that suitors had walked away from the table rather than be forced to take on the company’s increasingly toxic PartyPoker division.

In sharp contrast, GVC has been on a tear since acquiring the Sportingbet operations, on track to deliver seven consecutive quarters of revenue growth. But GVC earns most of its bones from grey/black markets, while Bwin.party has chosen to focus on explicitly regulated markets, with a corresponding negative effect on earnings.

Assuming its offer is accepted, GVC would likely have to spin off or sell some of Bwin.party’s operations – including its nascent US-facing business – into a separate entity in order to remain in regulators’ good graces. Two years ago, Bwin.party was rumored to have been contemplating such a split on its own, a suggestion that found favor with activist investor Jason Ader. Acquisition talk will likely be a hot topic at Bwin.party’s annual general meeting in Gibraltar on May 21.