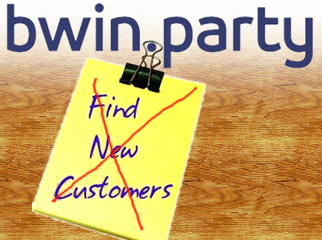 Pan-European online gambling operator Bwin.party digital entertainment is getting a lot less European – and a little less South American – after announcing it will reduce its presence in 18 countries. Bwin.party will reportedly continue to accept action from those countries’ customers who already have accounts with the company, but no new signups will be accepted after April 30. The full list of countries affected is as follows: Argentina, Armenia, Belarus, Brazil, Colombia, Croatia, Cyprus, Finland, Greece, Hungary, Latvia, Lithuania, Macedonia, Poland, Romania, Serbia, Slovenia and the Ukraine.

The news originally surfaced on poker forums after affiliates reported receiving emails from Bwin.party informing them of the move. When Bwin.party announced its 2012 annual results last month, CEO Norbert Teufelberger offered hints that a major retrenchment was in the works as part of the company’s new strategy to focus on markets that were either strictly regulated or on their way to becoming so. The stated rationale behind Friday’s announcement was “commercial reasons,” suggesting the revenue generated by most of these smaller countries was insufficient to justify Bwin.party keeping a small army of linguists on its payroll.

The decision to turn away customers in the potentially lucrative South American markets is less clear from a cost-benefit perspective, but it comes six months after Bwin.party had its Argentinian license revoked by the country’s gaming regulators for defying a court order preventing it from serving Argentine punters. At the time, Bwin.party spokesman John Shepherd said the site would remain operational for the foreseeable future because any shutdown would need to be done “in an orderly fashion.”

The suggestion has been made that Bwin.party is trying to get the grey market lipstick off its collar before it has to be vetted by regulators in US states preparing to launch their own online gambling markets. It’s hard to see how continuing to accept action from existing customers in grey markets would accomplish this feat, however, unless they plan to play the same “orderly fashion” card in a bid to buy time while continuing to wring the last possible revenues from these countries. You know, for commercial reasons.