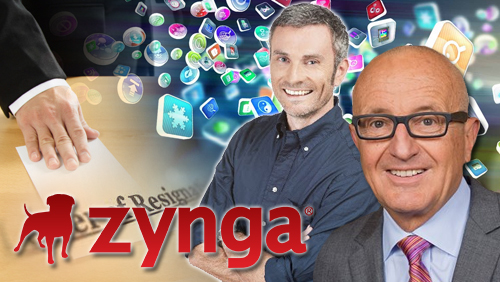 has announced changes in the company’s executive team as COO Clive Downie has resigned from the social gaming company while former Genentech CFO Louis Lavigne joined the board.

The move comes 15 days after the company announced that Don Mattrick, the chief executive of Zynga for 20 months, was stepping down to be replaced by founder and former CEO Mark Pincus.

Downie had joined Zynga in November 2013 as chief executive of its American and European businesses and held responsibility for its mobile gaming platform.

“We are thrilled to have Clive on board,” said John Riccitiello, the chief executive of San Francisco-based Unity Technologies, in an interview with GamesBeat. “Clive and I go back a long ways. I’m super-happy to have him. He has a deep history in mobile gaming and a long history of marketing skills.”

“I’m excited to welcome Lou to our Board of Directors during this important time,” said Pincus. “Lou brings deep experience in business transformation and public company operations having previously served as the CFO of Genentech for more than 15 years and as a board leader for several other companies.”

“I look forward to working with Lou and the rest of our talented Board as we pursue our mission to connect the world through games and deliver the best experiences for our players.”

Lavigne also serves as managing director of management consultancy business Lavrite and sits on the board of several companies and institutions such as Accuray Inc, Depomed, and DocuSign.