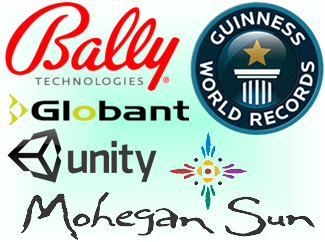 Gaming device maker and online gambling solutions provider Bally Technologies earned a profit of $38.4m in its fiscal Q3, up significantly from $29.9m in the same period a year ago. For the three months ending March 31 Bally’s revenues rose 13.3% to $259.1m, a new quarterly record. Gaming operations revenue rose 10% to $102m thanks to a 73% boost in the installed base of wide area progressive (WAP) games. Equipment revenues rose 8% to $86m and systems revenue rose 26% to $71m, another quarterly record. Bally felt sufficiently confident about the future to raise its earnings projections for its fiscal year from $3.35 to $3.45 per share.

While Bally didn’t disclose precise figures regarding its iGaming division, CEO Ramesh Srinivasan described the interactive arm as Bally’s “most underestimated business area … in terms of external perception of progress made.” On the remote gaming server front, Srinivasan said eight Bally titles had gone live on European portals in the past week, and he expected a dozen such portals will have launched Bally content by the end of Bally’s fiscal year.

Earlier this week, Bally inked a strategic partnership with Unity Technologies to combine Bally game titles with Unity’s multi-platform engine and development tool. Bally Games Senior VP Derik Mooberry called the Unity solution “one of the most widely adopted middleware solutions for development in the gambling industry” and looked forward to utilizing it “to help continue our innovation and development of highly entertaining game content for casino operators and players.” (Rival game-maker SHFL Entertainment announced a similar deal with Unity this week.)

Bally also inked a deal with South American software developers Globant to produce games and digital gaming products for Bally’s online and mobile platforms. Mooberry called Globant “a recognized leader in interactive game design and platform development” while Globant CTO Guibert Englebienne expressed confidence that his team would assist Bally in “interconnecting the casino experience to the web, mobile and other platforms.”

Finally, Bally is attempting to set a new Guinness record for the world’s largest slot tournament this Saturday (27) at Connecticut’s Mohegan Sun casino. Bally holds the existing record of 2,885 players set last February at the Pechanga Resort & Casino in Temecula, California. Saturday’s tourney will utilize Bally’s iVIEW Display Manager and Elite Bonusing Suite technology to connect up to 3,000 games. Players will compete for $100k in prizes, including $50k for the overall winner. Srinivasan called the event “another huge moment” for Bally, while Mohegan Sun CEO Bobby Soper said it would be “a great day for our property.”