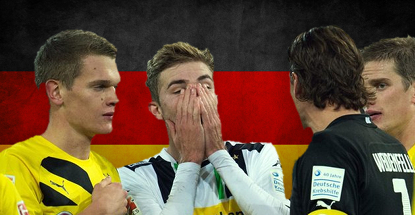 Germany’s tortured path toward online sports betting licensing has encountered yet another detour following the resignation of a sports advisory body tasked with assisting gaming regulators.

Late last week, the Sports Advisory Board (SAB) – which includes representatives from the country’s Olympic athletes, Football Association, Bundesliga and others – distanced itself from the Hesse Ministry of the Interior and Sport, the government body tasked with overseeing the bungled licensing process. The SAB said the ministry had repeatedly ignored its recommendations, including a warning that limiting the number of issued licenses to 20 would prove problematic.

The Hesse ministry issued its 20 federal online betting licenses last September following two years of dithering and false starts that left many applicants feeling ill-used. These licenses have yet to take effect due to legal challenges by spurned operators and lingering questions over whether the federal Interstate Gambling Treaty is copacetic with the European Commission’s idea of free trade.

The recently formed German Sports Betting Association (DSWV) issued a statement on Friday saying the SAB’s decision was logical and further evidence of Germany’s “regulatory chaos.” DSWV boss Mathias Dahms said German sports bettors were being “driven into the arms of black market suppliers” thanks to the “impasse” created by the Hesse ministry’s unwillingness to listen to outside advice.

Meanwhile, the Administrative Court of Hesse has ordered the Hesse ministry to reevaluate an Austrian operator’s application for an online betting license. The unidentified operator first applied for a license last April, only to have it rejected by the ministry, prompting the operator to lawyer up.

The court ruled that the much-criticized licensing process was “opaque” and that the decisions made by the Glücksspielkollegium gaming regulator were “not transparent” and “flawed.” The court noted that the regulator failed to disclose all the licensing criteria in advance and that even operators who made it to the second round of the process remained in the dark as to all that was required of them.