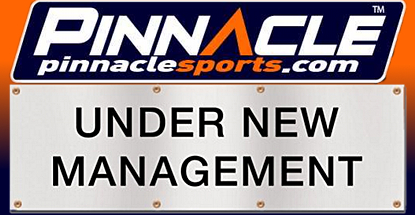 One of the oldest and most celebrated of online bookmakers, Pinnacle announced last month that unidentified parties had taken a “controlling interest” in the Curacao-licensed outfit. On Tuesday, Pinnacle revealed that the deal had been consummated in August 2014, although the exact identities of the new ownership remain a mystery. For what it’s worth, the legal firms that advised the new owners on the sale were based in Ireland and the UK.

In a statement, Pinnacle CEO Paris Smith claimed to be “extremely excited” to be working with the new owner(s) on a “shared vision” that includes “significant product enhancement and expansion into regulated territories.” Smith promised “cutting-edge” new products were being readied for the “concerted drive into new global markets.”

Customers will hope the new owners have extra deep pockets, as governments in European regulated markets tend to view online gambling operators as piggy banks. So costs will go up and margins will go down. But Smith assured customers that “the fundamental principles that make the brand so unique will not be compromised.”

Pinnacle appeared to be taking a shift away from regulated markets last year, withdrawing from the UK market before the Sept. 15 deadline for new licensing imposed by the UK Gambling Commission. The year before that, Pinnacle returned the online gambling license it had been issued by the Alderney Gambling Control Commission (AGCC).

Both of those moves followed Pinnacle being named in a late-2012 indictment by US authorities that linked the site to an illegal messenger betting ring connected with former Cantor Gaming VP Michael Colbert. Pinnacle withdrew from the US market in 2007 but introduced new IP-blocking of US accounts following the indictment. Members of Pinnacle’s previous ownership named in the indictment have since seen their charges either dropped or drastically reduced.

Pinnacle’s new strategy may see it eventually welcomed back into markets that had previously blacklisted the site, including Bulgaria, which tagged a scarlet letter on Pinnacle in July 2013. Russia, which blacklisted Pinnacle in March 2014, is reportedly planning to institute a legal online sports betting regime this June, although who gets to participate remains murky. In case it needs saying, American bettors aren’t advised to hold their breath for a return of Pinnacle to US shores.