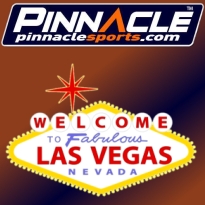 After having its good name dragged through the muck by the recent indictments of former Cantor Gaming sportsbook director Michael Colbert and other individuals in connection with an illegal sports betting ring, online sportsbook Pinnacle Sports has issued a notice to customers clarifying its stance regarding US-based sports bettors. Pinnacle publicly pulled out of the US market shortly after passage of the Unlawful Internet Gambling Enforcement Act in 2006, but Pinnacle is now “investing in technology to assure that logins into our system do not occur from undesirable jurisdictions.” As of Nov. 19, Pinnacle “will automatically block access to our site from all IP addresses originating from within United States.” Account holders will be required to provide copies of either their passport or driver’s license as well as a copy of a utility bill under their name.

While New Jersey is desperately trying to get into the game, Nevada is currently the sole jurisdiction in which US residents are permitted to make single-game sporting wagers. The University of Nevada Las Vegas’ Center for Gaming Research has released a summary of betting activity at the state’s sportsbooks dating back to 1984, drawn from state Gaming Control Board gaming revenue reports. Between 1984 and 2011, the number of retail sports betting outlets went from 51 to 183. The total amount wagered by punters over the same period has risen from $894m to $2.87b.