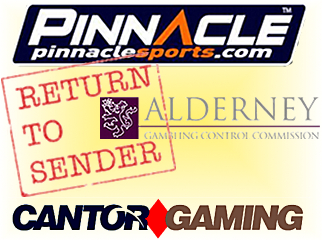 Earlier this month, two sports bettors were hit with federal charges regarding $1m in chip transfers between their Cantor Gaming accounts at Las Vegas sportsbooks. Aaron Virchis and Mitchell Garshofsky are facing charges of conspiracy to cause a domestic financial institution to fail to file an accurate currency transaction report. The Las Vegas Review-Journal reported that between July 31, 2012 and Jan 31, 2013, the two men allegedly transferred over $1m between their Cantor accounts at the Venetian and the Hard Rock in Las Vegas. Virchis is also accused of transferring $300k between his Cantor accounts at the Venetian and the Palms and for using bogus social security numbers on currency transaction reports.

The task force investigating the two men claim the pair’s actions were intended to evade federal reporting requirements regarding cash transactions above $10k. The task force – which included the Internal Revenue Service, the US Secret Service and the Nevada Gaming Control Board – suspects the money movement was the result of the two men “settling up” wagers placed with online sports betting operators.

PINNACLE QUIETLY SLIPS ALDERNEY LICENSE THROUGH THE MAIL SLOT
Last October, Cantor Gaming’s then sportsbook director Michael Colbert was charged (along with two dozen other individuals) with conspiracy, money laundering and enterprise corruption for allegedly operating an illegal sports betting operation that utilized the services of Curacao-licensed online sportsbook Pinnacle Sports. Colbert, who has pleaded not guilty to the charges, will have his next court date April 17 in New York City, but Pinnacle’s name is back in the news after Bookmakers Review reported that Pinnacle had voluntarily surrendered its secondary online gambling licensed issued by the Alderney Gambling Control Commission (AGCC).

Following news of Colbert’s arrest, the AGCC announced it was conducting an investigation of Pinnacle Sports Europe Ltd. “to ensure that the licensee is operating in accordance with approved operating procedures.” However, on January 10, before the AGCC’s investigation could reach any conclusions, Pinnacle surrendered its license to the AGCC. Neither Pinnacle nor the AGCC made any announcement of this decision. Pinnacle had only just obtained its AGCC license in May 2012, and described it at the time as the “perfect spring board from which to continue to grow our European player base,” so the as yet unexplained decision to surrender it clearly wasn’t part of any long-term strategic plan.