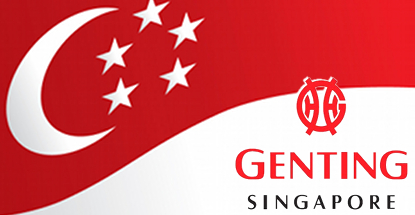 Casino operator Genting Singapore got badly beaten up in Q4 by its VIP gamblers, who helped push company profits down by nearly a third.

Taking a page from Crown Resorts’ book, Genting argues that if you applied theoretical normalized hold percentages to its VIP business, earnings would have risen by close to a third. Sadly, we don’t live on Theoretical Normalized Earth, where Brad Pitt is a lot less handsome and the rest of us are a lot less fugly.

Speaking of fugly, Genting’s bad debt provisions were up, up and away as more high-rollers proved unable or unwilling to honor their casino markers. For Q4, bad debts were up nearly 43% to $82m while the full year figure was up nearly 42% to $185m.

Genting’s results are all the more fugly given the stellar Q4 numbers posted by their crosstown rival, Marina Bay Sands (MBS). The Las Vegas Sands property posted revenue gains of over 27% in Q4. MBS also enjoyed a 98.3% occupancy rate while RWS could manage only 93%.

Genting acknowledged that “the business environment around us has changed rapidly and we face stiff competition,” both in Singapore and from other regional players all chasing the same dwindling supply of high-rollers. Genting says the “macro-economic ecosystem has been altered to an extent that the gaming industry has to adjust to a new norm.” These adjustments include RWS “reorganizing its gaming programmes to focus marketing initiatives towards the foreign premium mass and mass market segments.”

While non-gaming revenue fell 4% in Q4, Genting says its non-gaming business “remains strong.” Hopes are that non-gaming earnings will post “respectable growth” in 2015 as the travel industry “climbs out of a difficult year in the region.” To lure visitors, the second quarter will see the launch of Genting’s new “Puss in Boots’ Giant Journey” attraction as well as the return of Battlestar Galactica dueling roller coasters.