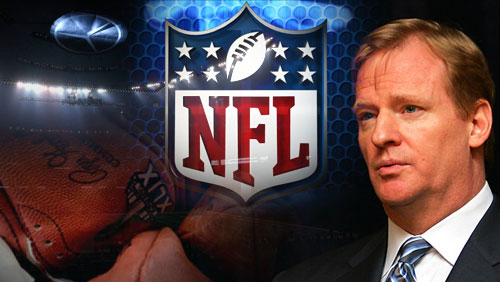 I just realized something. For the first time since September 2014, my Sundays wouldn’t be dominated by the NFL. No Saturday night research on the week’s games. No teasers and parlays to bet. No fantasy sports teams to set up. So there I was, sitting in my couch thinking about what I was going to do to pass time. That’s when I realized, “damn, it’s going to be like this for another eight months.”

NFL fans like me get so geeked up in the lead-up to the Super Bowl, but as the days count down to the game, there’s also a feeling of quiet dread lurking in the back of our heads, becoming more and more pronounced as the days wind down. We can’t shake the feeling off, at least not in the same manner as a Beast Mode stiff arm. It lingers throughout Super Bowl week. Then once the game is done, it just hits us.

What do we do now? Turns out, not a lot.

The worst part about the NFL off-season is getting cut-off on the weekly tradition of betting on games. It’s like somebody telling me that I can’t have cigarettes for the next eight moments. Wait, what?. Are you telling me that I can’t even have a puff or a hit here and there? I don’t want to live like this until September!! I need my cigs, even though I know that it’s probably going to kill me.

Not being able to scratch that NFL betting itch is can be daunting for some. Sure, there’s still the NBA, the NFL, and European football is in the middle of all the domestic leagues. But none of those things still compare to betting on the NFL. Besides, it’s not like I can just jump from one sport to another and assume I’ll be as good on the spread as I am in the NFL (I wasn’t this season, but let’s pretend I was).

If you’re in the same boat as I am – if you’ve read this far then you probably are – I do have some glass half-full suggestions that may or may not cheer you up. First of all, the NFL really doesn’t go away. At one point or another, something’s going to happen in the next eight months that puts the spotlight back in the league and I’m willing to bet NFL Commissioner Roger Goodell will somehow find himself involved in it.

Remember what happened last year when the first Ray Rice video came out? This year, we’re already waiting for the long drawn out report on DeflateGate. Oh, and all of this talk surrounding NBA Commissioner Adam Silver’s softening stance on sport gambling? Don’t think for one second that his NFL counterpart won’t be bombarded with that question in the next few months. He can save himself from answering any of them, but that would probably involve getting tangled into another controversy, like say, a murder trial of a player who once played for the team that just won the Super Bowl. Oh, there you are, Aaron Hernandez!

At this point, it’s difficult to put anything past Goodell doing something that puts the NFL back in the spotlight. For better or for worse (mostly worse), the man is actually on a three-year roll of using the offseason to make people wonder why he has this job in the first place.

What’s it going to be this year, Roger? You’re going to screw up your findings of DeflateGate, go on a talk show and explain why you did what you did, only nobody’s going to believe you so you try to wash your hands from your own comments and then hire an independent arbitrator to investigate the issue before trying to use said report as a crutch to justify your initial ruling?

Wait, you already did that? Great, you can outdo yourself this offseason by doing something we’ve never seen from you. I don’t know what that is exactly, but I’m willing to bet that it’s going to make people talk about the league more than it already does.

So while we might not have any NFL games to bet on for the next eight months, we can at least take comfort knowing that the league won’t be doing a lot of hibernating this off-season.