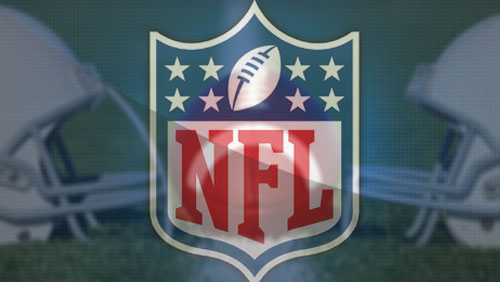 The NFL is coming! Only three more days until kickoff, which means that now’s a good time to look at the lines ahead of all the games in Week 1. The objective here isn’t so much to present the lines as they are but evaluate the interesting ones to see where the value plays are. I’m going to do the whole season so I’m hoping to get through the year on the positive side of ledger.

Here we go, fellas! Best of luck on the year ahead!

The NFL kicks off with Aaron Rodgers versus the Legion of Boom. What’s looking good here?

Thursday’s game between the Seahawks and the Packers have largely remained even on both sides, although you can make a case for the Packers being 5.5-point underdogs playing a Seahawks team fresh off of a Super Bowl title could be enticing. The over/under on the game opened at 45 for most books but has since jumped to as high as 46.5, suggesting that bettors are backing a high-scoring shootout. Be advised, though, because the last time these two teams played, it had the same over/under total and that game ended 14-12, marred, of course, by the infamous Fail Mary.

So many erratic line movements. What gives?

The first week of the NFL typically features a lot of movement because opening lines are usually released a month, sometimes earlier, before the season actually opens. That opens up a world of potential movements depending on what happens in the preseason and how teams look before the start of the season. Injuries are also a big concern, whether it’s short-term concerns like Cam Newton’s ribs or long-term issues like Sam Bradford’s ACL tear.

The Washington Redskins – Houston Texans game is a nice example of the former. Both the Mirage and the Station opened with the Texans as -1.5 favorites with the over/under total for the game at 52. But with RGIII [Robert Griffin III] struggling in the preseason and a possible QB controversy in the horizon in Washington, the lines have swung dramatically from Washington being short dogs to 3-point favorites and back to -2.5 underdogs. Likewise, the over/under total of 52 was still on the board the past week, but that has since dropped to 45.5.

Then there’s the injury concern, which is rearing its ugly mug ahead of the Carolina Panthers’ opening day agate against the Tampa Bay Buccaneers. Newton’s expected to play but what’s become evident is that he’s not at 100 percent. That’s a big reason why the Panthers’ line shifted from being 2.5-point road favorites to 1-point underdogs against a team that will likely have the immortal Mike Glennon starting at quarterback. If you’re backing the Panthers, 1-point dogs against a Tampa team looks like a solid bet.

Another game that has had a lot of movement since the opening lines were posted is the New Orleans Saints taking on the Atlanta Falcons at the Georgia Dome. Believe it or not, but the Falcons actually opened as short -1.5 favorites. But there’s a growing sentiment in the Falcons not being as good as advertised and the Saints being better than the hype. Those factors contributed in the line shifting to New Orleans now being 3-point road favorites against their division rival.

What’s the biggest line of the week?

The Philadelphia Eagles are the biggest favorite in Week 1, laying 10.5 points at home against the Jacksonville Jaguars. It’s easy to see why the line is that high. It’s Year 2 of the Chip Kelly Experience in Philly and a lot of people are bullish on the Eagles’ perceived dynamic offense led by Shady McCoy. Meanwhile, the Jaguars are the Jaguars and while the line may be too high for my liking, I can’t fault somebody who sides with Philly knowing that it’s facing an offense with Chad Henne at quarterback and without any discernible attacking threat to put points up on the board and keep up with Philly’s fast-paced attack.

The Dallas Cowboys are six-point underdogs at home against the San Francisco 49ers. There’s justifiable hype around the Niners largely because they’re perceived as the only team that can hang with the Seahawks on a neutral field. It also has a three-year history of a dominant defense to put to the table, a young QB in Colin Kaepernick who’s determined to live up to his contract, and an increasingly potent receiving corp that now includes a healthy Michael Crabtree and a Stevie Johnson.

Here’s the thing: I don’t think they’re 6-point favorites against the Cowboys in Dallas. That line is a little too high for my liking because I really don’t know what to make of the Niners defines this early in the season. They’re already dealing with injury concerns and a myriad of legal issues for some of its defensive stalwarts. It’s possible that the defines we’ll see in Week 1 against Dallas won’t be the one we’ll see at the end of the year. I’m going to hold off on making a bet on this game, but under duress, I’m taking the Cowboys to put up enough points to make this a field-goal game at the end.

Don’t Sleep on the Dolphins and Colts

The Miami Dolphins are 5-point home underdogs against the New England Patriots while the Indianapolis Colts have a full touchdown on their side against the Denver Broncos. But I’m not convinced that New England and Denver will cover, let alone with their games.

I’m particularly bullish on the Dolphins because I actually think they’re going to be good this year. Shame on me, right? It’s easy to get excited about the Patriots’ new-look defense and the fact that Tom Brady is still their quarterback. But it’s also easy to get sucked into the allure of that defines without taking into account the improvements the other team made themselves. That’s why I’m weary of New England being favored by this much in a game being played in the sweltering heat of Miami. This has the makings of a close game that could go down the wire. Maybe the Pats figure out to a way to cover late, but I see the Dolphins not only covering but actually winning the game.

I’m not as confident that the Colts can do the same against the Broncos in Denver, but I am intrigued at taking that 7 points against a team they beat last year in Indianapolis. Denver’s the sexy pick here given that it’s at home and will be looking to avenge last year’s loss at Indianapolis. However, Luck and the Colts are not going to go down without a fight. The Kansas City Chiefs can attest to that. I still think Denver’s going to win this game but I look at Indy making a sneaky cover at the end.