NBA Title Odds: Finding where the value is at this point in the season

A month into a five-month NBA season doesn’t really tell you a whole lot about how things will play out in April, let alone June. But as the NBA moves along in the early parts of this season, a few irrefutable truths have surfaced. First, the Philadelphia 76ers are an abomination. Second, Anthony Davis is a monster. Third, LeBron James’ hairline is half-past the point of no return. Other than these things, there are still so many things that can happen to stem the current tide in the league. 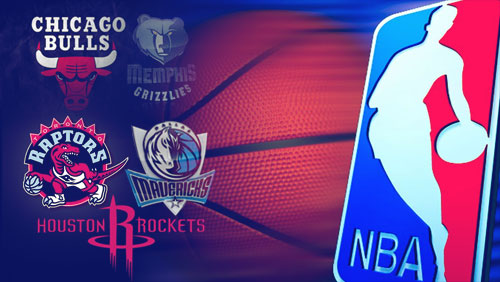 Why do I say this, you ask? Well, a quick look at the current NBA title odds will show that there are some value there that you can take full advantage of.

I’m not talking about picking the San Antonio Spurs at 3/1 odds. It’s an easy pick and 3/1 odds aren’t something that you can just scoff at. But you don’t want to tie your money at 3/1 odds on a team this early in the season.

What you want to do is take a look at some high single-digit and double-digit odds and determine if they’re going to go higher or drop as the season rolls along.

Take a look at the Toronto Raptors for instance. Right now, they’re the top seed in the East with a 15-4 record. But a glance at their title odds reveals that most sportsbooks still have them as 20/1 odds to win the title. I know what you’re thinking: The Toronto Raptors can win the NBA title?

To that I ask, albeit rhetorically, who’s going to challenge them? The easy answer is LeBron James and the Cleveland Cavaliers. But the Cavs have the makeup of a completely flawed team. As dynamic as LeBron, Kyrie, and Kevin Love are offensively, their interior defense is like a leaky faucet that just keeps dripping water no matter how hard they try to plug it. If you think about it, this team is more flawed than the 2010-2011 Miami Heat team and that team lost in the NBA Finals to the Dallas Mavericks. They’ll be my favorites next year, but not this season.

The Raps have great value at 20/1 odds, but if I were to pick an Eastern Conference team to win the title, the Chicago Bulls at 7/1 odds are the best value on the board.

Out West, it’s a little trickier because that conference is just a bloodbath right now. Outside of the Spurs, all the other teams are double-digit odds to win the title. That kind of defeats the purpose of this entire exercise, but the positive side of that is you can place bet on two or three teams to build up your chances of hitting the right team.

The Golden State Warriors are a trendy pick right now at 8/1 odds. Same with the Los Angeles Clippers at 10/1 odds. But if you want to have real value, look at the Southwest Division. The Memphis Grizzlies and the Dallas Mavericks are both 14/1 odds while the Houston Rockets are 20/1 odds. I’m not saying that all three are the favorites, but if you want to get real value on teams that are expected to make deep runs in the West, take your pick on any of these teams.

Meanwhile, the Oklahoma City Thunder are at 10/1 odds despite having a 5-13 record. I don’t like the team’s odds because I don’t know how healthy Kevin Durant and Russell Westbrook will be for the remainder of the season. Given the severity of their injuries, betting on them at shorter odds than the Griz, Mavs, and Rockets isn’t something I’m comfortable with at this point. Plus, they’ve got a lot of games to make up so that’s another thing I don’t want to be nervous about come April.

So here it is: if you want value odds on the NBA title this season, the Chicago Bulls and the Toronto Raptors are the best choices in the East while the Memphis Grizzlies, Dallas Mavericks, and Houston Rockets offer plenty of value out West.