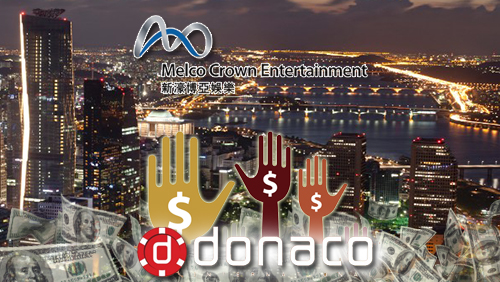 Fresh off the successful grand opening of City of Dreams Manila, Melco Crown Entertainment has come out doused any thoughts of building a casino in South Korea.

Speaking to reporters during the grand opening, Melco Crown co-chairman Lawrence Ho said South Korea’s policy of limiting casino access to foreigners-only is too risky a proposition for the company.

“In our opinion, foreigners-only gaming market is difficult. Korea and its policy of not letting locals in, to us, are difficult,” Ho said.

Neither Ho nor Melco co-chairman James Packer believe that the foreigners-only format could guarantee 30,000 visitors a day, a requirement to make a project with that kind of scale to work.

Ho’s stance could also be traced to his company already having a presence in Macau that attracts its fair share of VIPs and Chinese high-rollers, the same market casinos in South Korea are targeting. If locals aren’t allowed to play in casinos, a Melco Crown casino in Korea would essentially be going after the same people that already visit its casinos in Macau.

But the company isn’t completely closing its doors on the country. “If the government changes its policy about locals, we would jump in head first,” Ho said.

For now, though, Melco Crown is focusing its full attention in promoting and building up City of Dreams Manila. The resort’s grand opening was a resounding success and the company is looking to carry that momentum forward.

Meanwhile, Vietnamese casino operator Donaco International has announced its plan to issue new shares in order to raise $132 million that will be used to fund its $360m acquisition of the Star Vegas Resort and Club in Poipet, Cambodia.

The company plans to issue more than 220 million new shares to raise its target funds for the Poipet casino purchase. “If the Acquisition does not complete for any reason, net proceeds of the Entitlement Offer will be used for working capital purposes of the company and to repay existing debt,” Donaco Chairman Stuart McGregor said.

Kangwon Land forced to call off reopening as COVID-19 reappears
Erik Gibbs
28 May 2020
.