The Cleveland Cavaliers have become the latest NBA team to sign a partnership with daily fantasy sports provider FanDuel. 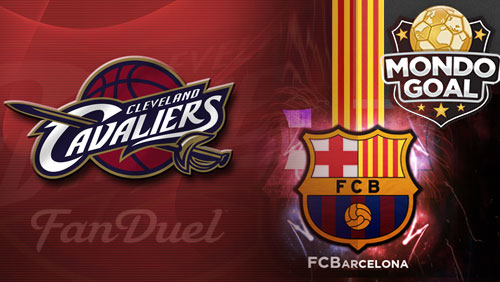 Terms of the deal were not disclosed but it’s been reported that as part of the agreement, FanDuel will receive the opportunity to promote its website through branding on in-arena signage at the Cavs’ home court, Quicken Loans Arena, and on the team’s official website. FanDuel and the Cavaliers will also launch a promotional campaign, dubbed the  ‘#FanDuelfortheWin Sweepstakes’, offering participants the opportunity to win VIP experiences at upcoming home games, as well as other prizes like tickets, autographed merchandise, and other club-related products.

“The Cleveland Cavaliers are one of the most dynamic teams in the NBA, with passionate fans and an exciting roster,” FanDuel CEO Nigel Eccles said in a statement. “The Cavs fully align with FanDuel’s mission to make sports more exciting for basketball fans.”

Meanwhile, global fantasy sports platform developer Mondogoal has entered into a partnership of its own, striking a deal with football giant FC Barcelona, considered as one of the most prestigious football clubs in the world. As part of the deal, Mondogoal has already developed and launched a Barcelona-branded version of the fantasy sports game, that the club’s supporters can now access wherever they are in the world.

“Barcelona is the largest, most engaged club in the world on social media, with over 80 million Facebook followers, and we know that following will be key to the success of our partnership,” Mondogoal CEO Shergul Arshad said in a statement. “Their fans are passionate and involved in all things Barca, and this is a new, fun and innovative way for them to follow and participate with their friends and supporters around the world, in real time.”

The fantasy sports developer’s new deal with FC Barcelona is the latest in a growing number of partnerships the company has struck with other football clubs. Mondogoal already has secured deals with Italian Serie A club AC Milan and English Premier League outfits Manchester City, Liverpool, and West Ham United.