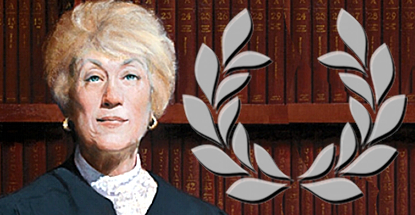 The creditors had sought to reverse Caesars’ shifting of certain profitable assets out of its debt-laden Caesars Entertainment Operating Co (CEOC) division, thereby shielding these assets from creditors ahead of CEOC’s bankruptcy filing. The junior creditors also protested Caesars’ claim that its sale of 5% of CEOC to undisclosed institutional investors had alleviated CEOC of honoring its debt obligations to these junior creditors.

In her ruling, Scheindlin referred to Caesars’ elimination of its debt guarantees as “an impermissible out-of-court restructuring.” Scheindlin said Caesars’ gambit was “exactly” the type of shenanigans that the federal Trust Indenture Act of 1939 was “designed to prevent.”

Caesars had never denied the factual nature of the plaintiff’s allegations but insisted that the junior creditors had no right to sue because the company had yet to default on its debt payments. But Scheindlin cited a previous case that ruled transferring assets and eliminating guarantees “constitutes an impairment of the right to sue for payment.”

Caesars spokesperson Stephen Cohen sold Bloomberg that it disagreed with Scheindlin’s ruling because it was “based simply on the plaintiffs’ allegations.” With the suit still pending, Caesars has no ability to appeal the ruling unless Scheindlin gives them permission.

Caesars’ plan to convert CEOC into a real estate investment trust has received the support of most of its senior creditors, who would receive equity in the new REIT to the tune of 92¢ on the dollar. Junior creditors holding over $5b in second-lien notes would receive only about 10¢.

CEOC filed for Chapter 11 bankruptcy in Chicago last Thursday (15), just days after junior creditors asked a Delaware Chancery Court judge to push CEOC into involuntary bankruptcy. Shortly after Caesars filed in Illinois, Delaware Judge Kevin Gross ordered the Chicago bankruptcy proceedings to be put on hold to give him time to determine which court had jurisdiction over the matter. None of this affects day-to-day operations at any of Caesars casinos across the United States.