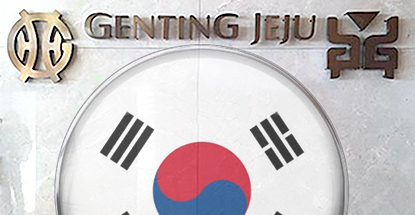 The newly renovated casino at South Korea’s Hyatt Regency Jeju Hotel will have its official grand opening on Sunday (18). The hotel is run by Hong Kong-listed property developer Landing International Development Ltd while the casino is owned by Grand Express Korea Co. Ltd., the 50/50 joint venture of Landing and the Hong Kong subsidiary of Malaysian conglomerate Genting Bhd.

The casino, which will operate under the Genting Jeju brand, will feature 26 baccarat tables, one blackjack table, one Tai Sai table, one roulette table and 16 electronic gaming machines. Landing says the casino “opens a new phase of the Group’s presence and participation in the Korean casino industry.” In December, Landing paid $112m to acquire control of the Alpensia casino at the Holiday Inn Resort in Pyeongchang in Gangwon-do province.

The $117m renovation of the Hyatt property was announced in November, marking the second project Landing has embarked upon in the Jeju region with a Genting subsidiary. Landing and Genting Singapore are still awaiting the regulatory nod to proceed with their proposed $2.2b Resorts World Jeju integrated resort, although the partners are optimistic their shovels will break ground sometime in Q2.

SOUTH KOREA CRUISE SHIP CASINOS ARE GO
Meanwhile, South Korean politicians have approved legislation to permit domestic cruise ship operators to offer casino gambling on board their vessels. On Monday, the National Assembly approved a bill that will allow casinos on ships weighing more than 20k tons, bringing closure to an issue that has been languishing in the Assembly since July 2013. As with 16 of South Korea’s 17 casinos, cruise ship gaming will only be accessible by foreign tourists.

The New Politics Alliance for Democracy (NPAD) opposition party had been against the bill over fears of gambling expansion. The Korea Herald reported that the NPAD’s support was finally secured after the ruling Saenuri Party agreed to approve legislation authorizing damage payments to the families of the victims killed in last April’s Sewol ferry tragecy.