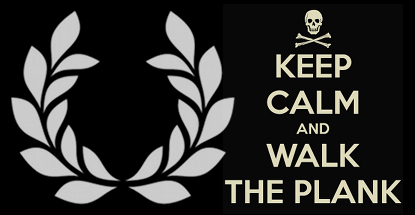 The tangled web that is casino operator Caesars Entertainment shows no signs of untangling anytime soon. Just days after Caesars announced it had secured the support of enough first-lien creditors to approve its plan to reinvent its debt-laden Caesars Entertainment Operating Co (CEOC) unit as a real estate investment trust, a group of aggrieved junior creditors made a pre-emptive strike to force Caesars into an involuntary bankruptcy before the company could file for Chapter 11 protection.

On Monday, Appaloosa Investment LP and funds associated with Oaktree Capital and Tennenbaum Capital asked a US Bankruptcy Court in Delaware to appoint an examiner to look into allegations that Caesars’ controversial asset transfers had “stripped [CEOC] of most of its valuable income-generating assets and hundreds of millions of dollars of cash, leaving the debtor burdened with massive debt that cannot be repaid.”

Erik Gordon, a professor at the University of Michigan, told Bloomberg that the move was intended to secure a jurisdictional advantage, in that Caesars has no casinos in Delaware and thus a judge may be more inclined to weigh the issue without factoring in local concerns over potential job losses. The filing also ensures that any subsequent bankruptcy filing would be halted until the Delaware court determines the right venue for the proceedings.

Caesars’ proposed restructuring would shave nearly $10b off CEOC’s $18.4b debt, most of those savings coming at the expense of second-lien creditors, who are set to receive equity worth pennies on the dollar. The junior creditors say Caesars’ plan treats their notes “as fully unsecured and provide them with equity that even the debtor values at a small fraction of the outstanding principal.”

On Tuesday, attorneys for Caesars Entertainment Corp told a Delaware Chancery Court judge that CEOC intends to file for bankruptcy on Jan. 20 and asked that junior creditors’ lawsuits be put on hold. Caesars’ attorneys note that a bankruptcy judge will be asked to freeze such lawsuits once CEOC files for Chapter 11 protection. Attorneys for the junior creditors said granting the request would represent “extraordinary relief for a third party that is not in bankruptcy.” The creditors have also asked for a stay on any attempt by Caesars to submit its own bankruptcy filing.

Yet another challenge facing Caesars is convincing a bankruptcy judge that the proposed restructuring is ‘fair’ to all creditors. In an unrelated case in Delaware bankruptcy courts, a judge rejected a $42b refinancing plan by Dallas-based power company Energy Future Holdings that offered certain advantages to favored creditors. The high profile of Caesars’ fiscal implosion could similarly sway a judge into requiring a less selectively punitive division of the spoils.

Meanwhile, holders of $5.4b worth of Caesars’ bank loans – including Blackstone Group’s GSO Capital Partners (last seen helping finance Amaya Gaming’s $4.9b acquisition of the Rational Group) and Fortress Investment Group – have reportedly united to force Caesars to sweeten their pot if they are to consent to their version of Caesars’ restructuring plan. Bottom line: don’t expect to wake up from this accounting nightmare anytime soon.