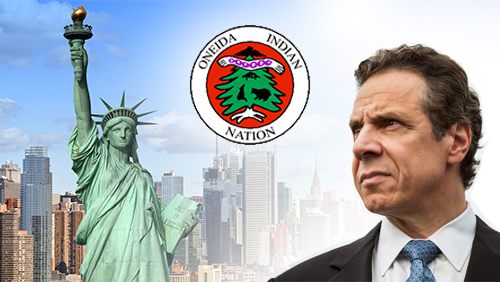 New York’s decision to award three new casino licenses has naturally met some opposition from anti-gambling lobbyists. One of the most vocal groups has been the Coalition Against Gambling in New York and recently, the group made it known that it was opposing New York’s plan to add a fourth casino in the state’s Southern Tier.

The group was responding to comments made by New York Governor Andrew Cuomo, who came out last week saying that he would ask the Gaming Commission to reconsider reopening the bidding process to allow a Southern Tier casino.

Last month, the commission approved three casino projects in the Catskills, Schenectady and the Finger Lakes, leading to officials in the spurned region to voice their disapproval of being left out in the cold. The Commission hasn’t decided on whether to grant Cuomo’s request.

SCHENECTADY CASINO ZONING ISSUES
Speaking of the Schenectady casino project, the Galessi Group, which won approval to build a casino in Schenectady, has made a formal request to change a zoning code for the site of the Mohawk Harbor development where the group’s casino will be built.

According to the Daily Gazette, the Galessi Group and its Rush Street Gaming partner need the zoning change because the current district zone does not allow the building of parking facilities, signages and other features deemed necessary to move forward with the $300 million project, which is estimated to employ 877 full-time and 193 part-time workers.

A public hearing on the issue has been scheduled for January 26 after the groups’ zoning amendment request was presented at a City Council meeting earlier this week.

ONEIDA PLAN $28M WIZARD OF OZ-THEMED CASINO
Finally, the Oneida Indian Nation, which was exempt from the casino bidding process, announced its plans to open a $20 million, Wizard of Oz-themed casino in Chittenango, the village where Oz author L Frank Baum was born. The casino, which will be appropriately named the Yellow Brick Road Casino, will be built on Oneida reservation land, ensuring that it doesn’t need to secure any local, state, or federal approvals.

The casino is expected to be smaller and more casual than the Oneida’s existing Turning Stone casino. The Yellow Brick Road will be open 24 hours a day but will only have 430 slot machines, a 500-seat bingo hall, two dining options, two bars and a general store.