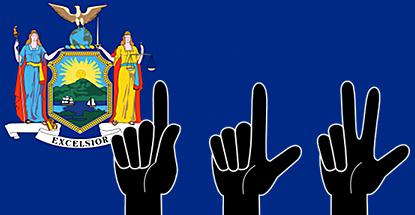 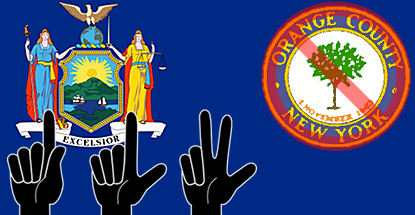 Christmas has come early for three of New York’s casino hopefuls as the state announced the winners of its license derby. Sixteen proposals had been vying for a maximum of four casino licenses, but the New York State Gaming Commission’s Facility Location Board announced just three winners on Wednesday, opting not to approve any of the six applications for Orange County, the region closest to New York City.

Without further ado, the winning projects are: the Montreign Resort Casino in the Catskills town of Thompson in Sullivan County. The $630m project is backed by Empire Resorts and its Monticello Casino & Raceway subsidiary. The resort is to be developed on the site of the old Concord hotel and will feature an 18-story hotel and an indoor waterpark.

The Finger Lakes town of Tyre in Seneca County will be the site of the Lago Resort & Casino, a $425m project that will feature 2,000 slot machines. The project is led by Rochester developer Thomas Wilmot.

The city of Schenectady is set to welcome the $300m Rivers Casino & Resort at Mohawk Harbor, which will feature a hotel and 1,100 slots, 66 gaming tables and 150 hotel rooms. The project is driven by Capital Region Gaming, an offshoot of Neil Bluhm‘s Rush Street Gaming.

Wednesday’s decision is a blow to Genting Americas, the subsidiary of the Malaysian conglomerate that operates the Resorts World Casino in New York City. Genting had dramatically outspent its competitors in lobbying after submitting two proposals for Orange County. However, Lim Kok Thay, the boss of Genting Bhd, has a majority interest in Empire Resorts, so he’s not going home totally empty handed.