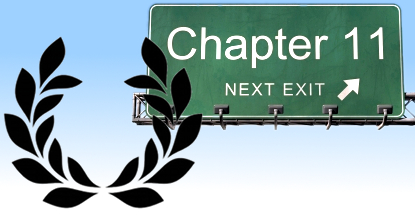 Struggling casino operator Caesars Entertainment says its bankruptcy plan has secured the support of 60% of its first-lien creditors, paving the way for its debt-laden Caesars Entertainment Operating Co. (CEOC) division to be reborn as a real estate investment trust. The plan will split CEOC into two divisions: one to operate 44 casinos in 13 states and another to own the land on which these casinos stand.

Furthermore, the company says the consenting creditors are in the process of securing control over an additional 7% of first-lien notes, clearing the two-thirds hurdle demanded by bankruptcy courts for approval of the reorganization. That additional 7% was hinted at on Thursday after ValueWalk reported that the BlackRock Inc. investment management firm had sold $500m of its first-lien Caesars bonds to pro-bankruptcy creditors.

Caesars will likely file for Chapter 11 bankruptcy protection by Jan. 15, after which it will have until Feb. 2016 to be reborn under its new structure. A further 60 days will be tacked on to the end of that deadline to allow Caesars to obtain regulatory approval from gaming regulators in each state in which it currently operates.

The bankruptcy plan will shave nearly $10b off CEOC’s $18.4b debt but nearly all the pain will be borne by second-lien creditors, who will get pennies on the dollar from a Caesars restructuring. To win the bankruptcy court’s approval, Caesars has to demonstrate that its restructuring is fair, which seems a bit like convincing the Nuremberg judges that Hitler was really only a bit naughty.

Junior creditors holding billions of dollars of potentially worthless notes have filed multiple lawsuits against Caesars, protesting the asset-shuffling they claim left them holding significantly devalued shares. While a bankruptcy filing would put the brakes on lawsuits against Caesars, the creditors have vowed to pursue claims against Caesars management, who enjoy no such protection. A letter sent on Thursday by the creditors to the Delaware court hearing the suit accused senior Caesars execs and its hedge fund owners of “looting” assets from CEOC in order to protect them from creditors.