Oh, how time flies. It didn’t feel so long ago that I embarked on a season-long sojourn to bring you these scheduled pieces. Now, we’re down to our final “Opening Line” piece of the NFL regular season. We’re going to continue pumping these babies out for the playoffs, but that’s not nearly as fun as trying to handicap the entire schedule of games. 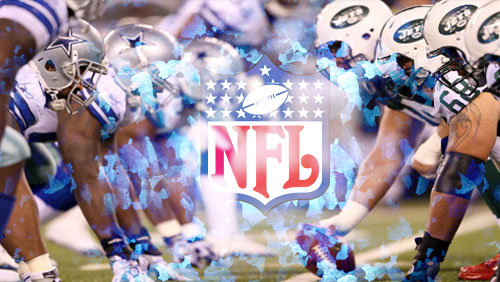 So for one last time, here are the opening lines of the Week 17 games I like the most. It was fun, but like Arnie used to say, “I’ll be back.”

So it’s come down to the Atlanta Falcons and the Carolina Panthers. Who would’ve thought that a team that lost five straight games in the season is playing a team that lost six straight games in the season for a chance to win the NFC South. The Falcons opened as -3 favorites, but that number has already moved on both sides with some bookies now posting -3.5 lines while others have it as -2.5. Either way, I’m not confident about betting on this game, knowing full well that both of these teams could stink up the joint and one wins only because they screwed up less than the other.

Now this is how an all-or-nothing game is supposed to be like. Both the Detroit Lions and the Green Bay Packers have already clinched playoff spots. The winner of this game, though, wins the NFC North, and a first-round bye. So stakes are still high for this one, which is why Green Bay opening as -7.5 favorites is a little tricky. Ok, maybe not that tricky since Green Bay pummels their opponents by 20 points at home this season. Add a little revenge factor and this game could very well be another one of those Packers blowouts.

On the surface, Indianapolis laying only a touchdown at home against the Tennessee Titans looks like a belated Christmas gift from the sportsbooks. But the Colts have already secured the fourth seed and it’s going to take a lot for them to get bumped up to the third seed. So there’s that real possibility that we might see Indy rest some starters, which of course will have a direct effect on the line. If news breaks out that Andrew Luck’s sitting this one out, or possibly play just one half, that touchdown spread could go down quick, fast, and in a hurry.

All or nothing in Foxborough

Depending on what happens in the Monday night game between Denver and Cincinnati, this game could end up being meaningless for both sides. So take this -10 spread with a grain of salt, or better yet, give the Bills a little shine to close out the season strong. If the Broncos lose to the Bengals, New England has the number one seed. But if Denver wins, well, then, this game just got a lot more interesting.

Baltimore is still mathematically in the playoff picture, but it’s going to need a lot of help just to get in. That’s why this game was priced with the Ravens as -9.5 favorites. I personally think this is too small given the state of both teams. Cleveland’s got nothing to play for anymore so expect some scrubs to get some game action. Line that up against a motivated Ravens team and this could get out of hand pretty quickly. Cleveland’s only hope would be a back-door and even I can’t see that happening.

Right now, the San Diego Chargers occupy the last playoff spot in the AFC. A win at Kansas City means that they’re in and the Ravens and City Chiefs are out. Expect both teams to come out swinging for this game, which is why its hard to believe that the spread will move from its opening number of -3 to the home team.

This game may not have bearing on the actual NFL playoff picture, but a lot of fantasy league championship games will probably be decided by this game. The Giants opened as -2.5 favorites, but that number should fluctuate given the nature of both teams to generate action even though they’re no longer in the playoff scene. Oh, and Odell Beckham Jr. is must-see TV.