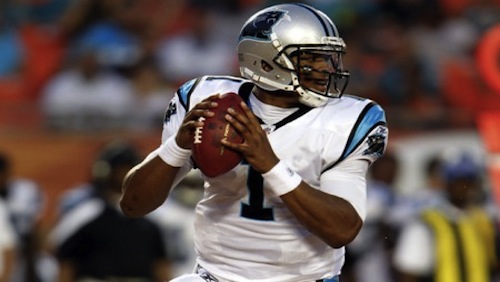 A little over a month ago, the Carolina Panthers were mired in a 1-3 record and whispers that coach Ron Rivera’s job was in peril grew into full-on discussions.

My how things have changed.

The suddenly resurgent Panthers won their fifth game in a row yesterday, beating the San Francisco 49ers 10-9 and running their record to 6-3, identical to their highly-regarded opponent. Such has been the turn of events in Carolina and with this signature win against the Niners, the Panthers also gave sportsbooks a whole to cheer about.

With the betting public firmly on the 49ers side, Carolina didn’t even need the 6.5-point line to give sportsbooks its best result of the week, winning outright and knocking out a lot of teasers and parlays.

That was huge for sports books who often relies on winning key games that are heavily included in these types of bets. With the Panthers winning and covering the spread, paying out those loaded lines were effectively thrown out the window.

In addition to the Panthers’ victory against the 49ers, the St. Louis Rams‘ surprising shellacking of the Indianapolis Colts also turned out rosy for books. Indianapolis had turned into a public darling on the strength of impressive wins against a number of title favorites, including the 49ers, the Seattle Seahawks, and the Denver Broncos. Playing at home with an 8-point spread against a team playing without its starting quarterback seemed like the perfect opportunity for the public to pounce on the favorites. But the Rams had other ideas, blasting the Colts from the get-go on its way to a surprisingly easy 38-8 beatdown.

Overall, it was a good Sunday for the books. A number of results didn’t go their way, specifically with results from the Broncos-Chargers and the Saints-Cowboys, the latter’s  over on the total spelling the biggest loss for books for the week. Yet even with these setbacks, Carolina’s win against San Francisco 49ers was the game-changer.

And it worked out splendidly for the books.