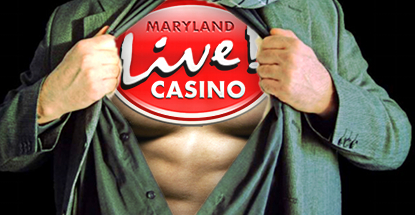 Maryland casinos generated a record $90.2m in gaming revenue in November thanks to contributions from its newest gaming joint Horseshoe Casino Baltimore. The Shoe, which opened in late August, earned $23.4m, up 4% from October’s take. Subtracting the Shoe’s contribution, the state’s revenue would have declined 0.6% from the same month last year.

Regardless, the state’s market-leading venue Maryland Live! continues to fend off the Shoe’s challenge to its supremacy, reporting revenue of $53.8m, up 7% year-on-year and $3m more than it reported in October. Hollywood Casino Perryville’s monthly haul fell 6.9% to $6.2m, Ocean Downs fell 3.8% to $3.3m and Rocky Gap gained 5.8% to $3.5m.

The Horseshoe is averaging $22.8m per month over its first three months of existence, one-third below projections. General Manager Chad Barnhill told the Baltimore Sun that the casino would eventually achieve its goals, but “it just takes time.” Baltimore city budget director Andrew Kleine says he’s willing to wait a few more months before drawing any conclusions on the Shoe’s fate but admitted to being concerned by the casino’s slow start. By now, the city had hoped to receive up to $10m from the Shoe to fund local improvement projects but are now projecting less than $7m.

Heading over Maryland’s northern border, Pennsylvania’s dozen casinos reported slot machine revenue of $183.4m in November, down 3.4% from last year. The Parx Casino earned the biggest share of the slots pie, rising 3.2% to $29.6m, one of only three casinos to post a year-on-year revenue gain. Second place went to Sands Bethlehem at $23m (-5%) and Rivers earned third place with $22m (-4%).

Moving west to Michigan, Detroit’s three casinos reported a combined $107m in revenue, down 4.5% year-on-year. The top two venues were in negative territory, with MGM Grand Detroit falling 6.2% to $43.5m and MotorCity down 6.8% to $36.8m. Greektown bucked the trend, rising 2% to $26.4m. Through the first 11 months of the year, overall revenue is down 2.2%. Accounting for inflation, Detroit casino revenue has fallen 16% since 2001.