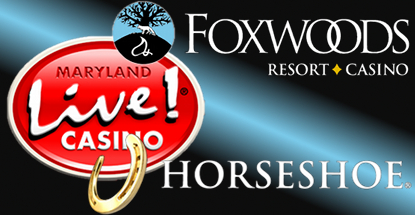 The Foxwoods Resorts Casino in Connecticut plans to reduce its gaming options and boost non-gaming amenities in a bid to lure patrons through its doors. Felix Rappaport, who assumed the CEO mantle last week, told the Associated Press that the casino would seek to reduce its ranks of 5,800 slot machines by about 1,000 units, while its 350 table games would undergo a similar contraction, falling by around 100 units.

Last week, Foxwoods reported slot revenue down 5.6% in October. With the herds of gamblers thinning, Rappaport said the newly freed up space on the complex’s gaming floors would be converted to non-gaming amenities such as nightclubs in the hope of keeping customers on the premises for longer periods of time. Rappaport told the Hartford Courant his goal was “to continue to do things that [first], drive more people to the property … and then the second thing is you want to make the property stickier.”

Connecticut’s casinos are looking at a raft of increased competition in coming years from states like New York and Massachusetts, with which Connecticut shares borders. Rappaport suggested that “all brands have life cycles” but he remains optimistic that Foxwoods “can move in a positive direction again.”

MARYLAND LIVE! SAYS IT CAN TAKE HORSESHOE BALTIMORE
Maryland’s top casino says it’s weathering its first real brush with competition just fine. On Monday, Maryland Live! general manager Robert Norton told the Maryland Gaming Commission that November’s gaming revenues are “trending exceptionally well.” The casino was expected to endure a revenue hit of as much as 20% following the late-August opening of Horseshoe Casino Baltimore and while revenue fell nearly 10% in September, the year-on-year decline fell to just 3% in October.

David Cordish, chairman of Maryland Live’s owner Cordish Gaming, said it was too early to say the naysayers had been wrong, but the decline “isn’t going to be anything like 20%. I feel very, very confident it’s going to be negligible.” Moreover, Maryland’s overall casino revenue rose 30% to $86.8m in October, a new state record, easing fears that increased supply would simply divide the pie into smaller chunks.

On a month-to-month basis, Maryland Live’s $50.3m in revenue was up 10% from September to October while revenue at the new kid on the block rose a mere $92k to $22.5m. In fact, things would have been negative at the Shoe were it not for October having one extra day than September, as daily average revenue fell from $746k to $725k from month to month. Is the bloom already off the Shoe’s rose?