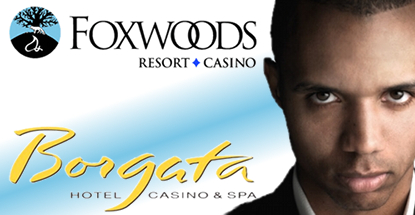 Absent some kind of settlement, poker pro Phil Ivey’s legal dispute with Atlantic City’s Borgata Hotel Casino and Spa over nearly $10m in baccarat winnings will still be tied up in court this time next year. The dispute centers around Ivey’s multi-day session at the Borgata’s baccarat tables in 2012, in which Ivey and female companion/accomplice Cheng Yin Sun engaged in ‘edge sorting’ to win $9.6m from the casino. The Borgata has called the pair’s tactics illegal, a claim fiercely disputed by Ivey, which has led to a flurry of increasingly snarky legal filings.

Barring an out-of-court settlement, the case looks like it’s heading for a jury trial, but not for another 12 months (at least). As laid out in last week’s scheduling conference, all pre-trial discovery must be concluded by March 31, 2015, both sides’ experts must conclude their depositions by June 30 and all dispositive motions must be filed by July 31. Then, if either party has any money left, their respective lawyers will get to duke it out in front of a jury. Ivey and his female accomplice have copped to similar ‘edge sorting’ shenanigans at London’s Crockfords casino in August 2012, and the £7.8m Ivey claims to have won there remains the subject of legal proceedings.

IVEY’S ‘QUEEN OF SORTS’ SUES FOXWOODS OVER EDGE-SORTING
Meanwhile, Ivey’s accomplice is one of three individuals suing Connecticut’s Foxwoods Resort Casino in federal court to reclaim $1.15m in winnings the casino refuses to pay. According to a suit filed July 31 in US District Court in New Haven, Long Mei Fang, Song Yang Li and Ivey’s gal-pal deposited $1.6m with the casino in December 2011, then went on to win $1.15m playing mini-baccarat. The casino subsequently accused the trio of cheating, a view that was upheld in February 2012 by the Mashantucket gaming commission, who warned the edge-sorters that they would be arrested if they returned to the scene of the (alleged) crime.

The plaintiffs freely admit to ‘edge sorting’ based on their belief that the practice is legal. The suit also says Foxwoods couldn’t help but have known in advance what the trio were planning based on Sun’s reputation as the ‘Queen of Sorts,’ which Foxwoods would have learned from other casinos sharing their surveillance footage of her in action.

The plaintiffs say the casino’s willingness to adhere to their requests to have the dealers reorient certain cards in the shoe – so that small design imperfections in the printed pattern on the back of the cards could be more easily recognized – effectively makes the casino complicit in the scheme. If Foxwoods management recognized that edge-sorting was taking place but let the trio “practice their form of advantage play anyway – intending to keep their losses if they lost but not honor their winnings if they won – this would be intentional fraud.”

According to TheDay.com, the plaintiffs are looking to get back their $1.6m deposit, the $1.15m in winnings plus $3m in “consequential damages” including civil rights violations and legal fees. Just for fun, the plaintiffs are also seeking an unspecified amount of punitive damages, interest and other fees.