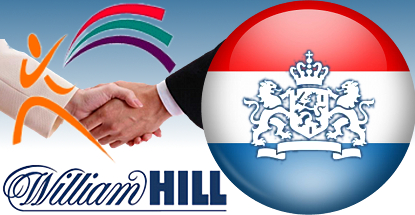 This is the second such deal the Dutch have reached, following a similar pact with neighboring Belgium last November. The NGA called the Malta deal important due to the number of online betting operators that call Malta home.

The Netherlands is in the home stretch of the launch of its regulated online gambling market. It was originally hoped that legislators would approve the country’s Remote Gaming Bill by Jan. 1, 2015 but the country’s upper house is now promising only to bring the bill up for a vote before they break for their summer recess. As a result, the new regime may not take effect until as late as Jan. 1, 2016.

Regardless, the NGA has asked operators interested in a Dutch gaming license to declare their intentions by the end of the year. This summer, the NGA issued warnings to Dutch-facing operators to cease their dealings with Dutch punters. The NGA has not been shy in issuing fines to operators who have ignored these shots across their bows.

Operators that did heed the NGA’s call to exit the Dutch market are now taking further steps to ensure their license applications don’t get moved to the bottom of the pile. This week saw bookmakers William Hill warn its Dutch-facing affiliates to curtail their Hills-related marketing in the country. An email viewed by eGaming Review told affiliates that the move was necessary in order not to jeopardize Hills’ ability to win a Dutch license. The email reassured affiliates that Hills hoped to resume their cooperation once said license is well in hand.