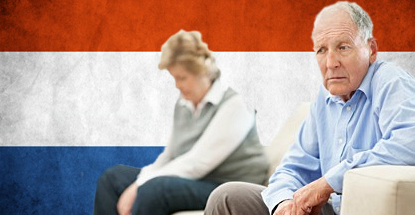 Gaming regulators in the Netherlands have warned two online sportsbooks to stop filling the void created when other sportsbooks exited the market under threat of grievous bodily harm.

In June, the Kansspelautoriteit aka the Dutch Gaming Authority (DGA) warned sports betting operators to stop taking 2014 FIFA World Cup wagers from Dutch punters. The Netherlands is in the process of launching its own regulated online gambling market and the DGA has been trying to clear the field of squatters ahead of issuing its own licenses.

On Monday, the DGA revealed that eight sports betting operators that received the DGA’s ‘piss off’ notices ahead of the World Cup had duly complied with the DGA’s wishes. However, nature abhors a vacuum and the DGA now claims two unidentified operators “jumped into the proverbial hole” created when the other operators pulled out.

The DGA has launched an investigation of these two unnamed rogues, who run the risk of being excluded from consideration when the DGA gets around to issuing its own online permits. Affiliates supporting these rogue operators are also being threatened with vicious wooden shoe beatings if the DGA can get their hands and/or feet on them.

SEPTUAGENARIANS’ ONLINE HOUSE LOTTERY BRINGS €80K FINE
If those sports betting rogues wonder what fate might await them, take the case of the septuagenarian couple who got hit last week with an €80k fine for violating the DGA’s lottery rules. The elderly couple – one Dutch, one Belgian, both holding Belgian passports – embarked on their road to ruin after deciding to sell their house in South Africa to cope with some hefty medical bills.

The couple employed the services of Austrian attorney Christa Kohl-Rupp to organize an online lottery in which 9,999 chances at winning the home were raffled off at €99 apiece. News of the house lottery soon caught the interest of European media, including a Dutch radio station, to which the couple granted an interview.

The DGA caught wind of the interview and accused the couple of illegal promotion of gambling due to their not having applied for the necessary Dutch lottery license. While the website pimping the South African house was based in Austria – where the couple paid the necessary fees and taxes – the DGA found fault with the couple’s use of Dutch-language social media accounts to promote the site.

Bas Jongmans, the attorney hired to defend the couple, has accused the DGA of attempting to demonstrate its capability to handle the upcoming regulated online gambling market by swatting flies of any size. The DGA countered that such punishments were necessary to deter shyster grandmothers (grandshysters) from taking advantage of a good media story to fleece Dutch citizens out of their ‘coffee shop’ money.