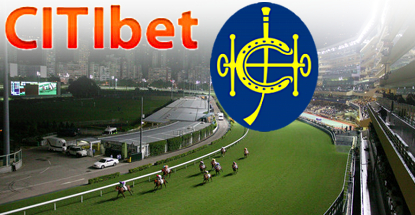 Asian online betting exchanges like CITIbet and AA-Star are the latest operators to earn the ire of the Hong Kong Jockey Club (HKJC). The Philippines-based exchanges were recently the subject of a lengthy profile in the South China Morning Post, in which HKJC execs made no secret of their desire to see the exchanges stop handling wagers on their races.

Like their UK counterparts Betfair, Betdaq and Matchbook, CITIbet is controversial because of a punter’s ability to wager on a horse to finish out of the money, which critics claim makes it a prime vehicle for race-fixing. But basically, the HKJC’s main beef is the belief that CITIbet takes money out of their pockets.

Some unnamed CITIbet punters dismissed this belief, telling the SCMP that the net effect of CITIbet and other exchanges is to boost the HKJC’s betting turnover. Professional gamblers say CITIbet serves as a barometer for upcoming price movements on the HKJC’s tote board. One source said CITIbet has been “driving turnover at the [HKJC] for the last three years because [it’s] telling punters what to back.”

While the HKJC offers punters a 10% rebate on wagers. CITIbet rebates are negotiated between punters and can range as high as 24%, although the average is 13%. Punters essentially bid for bets by posting what they’re willing to wager and how big a rebate they’re willing to offer. Unlike the HKJC, CITIbet also offers betting on credit. As one punter put it: “Can you imagine the stock exchange operating without credit? Credit betting keeps things ticking over.”

CITIbet is structured like a pyramid, leading one wag to call them “Amway for gamblers.” There are ‘super agents’ (usually large bookmakers) at the top, junket operators in the middle and everyone else at the bottom. Super agents, who are believed to pay as little as 0.5% on turnover, have their own network of other agents who pay a slightly larger fee to access the site. Those at the bottom pay the highest fees to access the lucrative rebates.

In keeping with the times, agents now utilize social media platforms to recruit clients. Agents are responsible for collecting from the punters they bring to the site, and while that sounds risky, one major account holder told the SCMP that collections weren’t an issue. “Everyone pays.”

Professional gamblers say they’d be crazy not to use CITIbet, provided they can find an agent with a low take-out and “a jurisdiction where you can set up and get paid.” Some junket operators are believed to make payments to winning bettors via their VIP gaming rooms in Macau casinos.

The HKJC has a history of calling out competitors, with director of trading Patrick Jay saying this summer that betting on sports with anyone other than the HKJC was a “blood crime.” But the appeal of exchanges like CITIbet and other betting options didn’t prevent the HKJC from posting record turnover in its most recent fiscal year, which CEO Winfried Engelbrecht-Bresges described as the “most remarkable and notable season” in the outfit’s 130-year history.