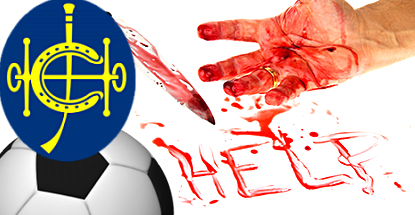 The Hong Kong Jockey Club (HKJC) exec responsible for sports betting says the scale of illegal wagering has grown so large that it’s beyond the ability of local law enforcement to control. The HKJC holds a monopoly on legal sports betting in the special administrative region of China, but director of trading Patrick Jay told the South China Morning Post that the HKJC handled barely one quarter of the estimated HKD 500b (US $64.5b) the illegal betting market turned over last year.

As for why bettors are opting to wager elsewhere, Jay says it all comes down to choice. The HKJC’s list of annual betting options includes 800 local horseraces and 10k football matches “with limited betting options.” Illegal bookmakers, on the other hand, offer “hundreds of thousands” of races from around the globe, “tens of thousands” of football matches and other sports plus “an array of different types of bets … It’s a no-brainer for the customer.”

Hong Kong bettors are believed to have lost HKD 12b ($1.5b) to illegal bookies last year. Jay says that sum could have paid for 100 secondary schools, although there’s no guarantee that bettors would wager the same sums if the HKJC’s limited palette of options was truly the only game in town. Regardless, Jay believes the betting public should realize that illegal betting’s “links to organized crime are real,” which makes betting with anyone other than the HKJC “a blood crime.” The crime is likely even bloodier if you’re an HKJC investor.

Jay noted that the Hong Kong police had confiscated HKD 386m ($50m) from illegal operators during the 2010 FIFA World Cup and a further HKD 225m in 2013, but said these sums represented “a very small drop in a very, very big ocean.” HKJC director of security Martin Purbrick said the situation required a coordinated strategy, including media outlets to publicize the problem, financial institutions to stem the flow of money, cross-border cooperation between police forces and – wait for it – allowing the HKJC greater freedom in deciding what betting products to offer the consumer. (Always look for the silver lining.)

Jay and Purbrick are getting at least part of their wish, as Hong Kong police have already agreed to cooperate with their counterparts in Macau and on the Chinese mainland in combating illegal bets. Hong Kong has also teamed with nine other Asian countries and global crime fighters Interpol on a month-long operation focused on stamping out illegal World Cup wagering.

Representatives of the nine countries met in Indonesia last month to map out a strategy but Organized Crime and Triad Bureau superintendent Dan Ng Wai-hon said not all nations were as convinced that betting was the main problem facing society. “Some [countries] may instead treat pickpocketing as a priority.” What? Prioritizing actual theft over figurative theft? Honestly, some people just don’t get it…