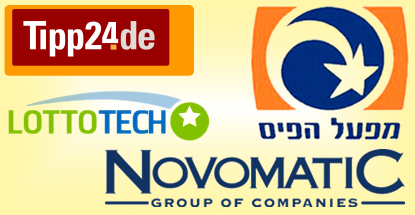 UK-based online lottery technology firm Tipp24 wants to rebrand as the Zeal Network to reflect “the broader focus of our company.” The formerly Hamburg-based firm has been seeking a new identity as a B2B online lottery platform technology provider via its Lotto Network and US-facing Lottovate divisions. Shareholders will get a chance to vote on the name change at an extraordinary general meeting on Nov. 19. Assuming the vote is favorable, the name change would take effect “a few days later.”

Austrian gaming firm Novomatic Group has inked a deal to supply a video lottery system for Israel’s national lottery Mifal Hapais. The deal will see Novomatic supply 150 retailer terminals, 500 video lottery terminals and a central management system. The initial contract is for seven years with options to renew for an additional 13 years. Novomatic expects to earn €23m in revenue over the length of the initial contract. Novomatic CTO Thomas Graf says the deal marked “one of the first steps on our route to success in the [World Lottery Association] lottery market. We intend to take many more.”

Bulgarian-headquartered lottery platform provider Lottotech has launched a system that allows customers to purchase tickets from nearly two-dozen national lottery games, regardless of where the player is located. The company says its new platform is the first to simultaneously offer both insurance and ticket scan models of purchasing, as well as a variety of other games. Lottotech says it has inked deals with “one of the biggest online operators” who will offer lottery sales under the brands Lotto365 and LottoPlus. Lottotech’s first client LottoPlace intends to launch the system in November.