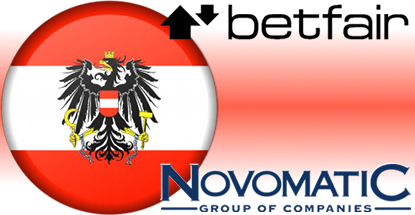 Online betting exchange Betfair has informed its customers in Austria that the company is pulling its exchange wagering option from the country effective July 14. Customers reported receiving emails advising them to wrap up any outstanding bets on the exchange while reassuring them that they could continue to enjoy Betfair’s fixed-odds betting, casino and poker products. Betfair has yet to publicly comment on the decision but reportedly opted to shut down its exchange after some sober number crunching. Betfair has held a valid online gambling license in Austria for nearly a decade.

Betfair might not be through trimming its operations in markets beginning with ‘A’. In March, rumors spread that Betfair was looking to sell its 50% stake in its Australian division to its local partner, casino operator Crown Resorts Ltd. Betfair Australia has racked up $47.3m in losses since its 2007 launch and Betfair CEO Breon Corcoran has been on a cost-cutting vengeance since he assumed the reins in August 2012, a strategy that has only recently begun to bear fruit.

Getting back to Austria, while online gambling options may have shrunk with Betfair’s notice, land-based options are increasing. Fresh off Austria’s issuing a new casino license to the team of Gauselmann Group and Stadtcasino Baden Group, Austria’s Novomatic Group has confirmed it has been given not one but two casino licenses. The Ministry of Finance has invited Novomatic to expand its Casino Admiral Prater slots hall in Vienna into a fully-fledged casino and to build a casino from scratch in Bruck an der Leitha in Lower Austria. Novomatic says the twin establishments will result in the creation of 500 new jobs.