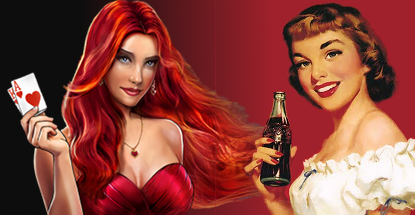 Social gaming developers Zynga are taking a page out of Coca-Cola’s playbook by relaunching the old version of its popular Zynga Poker app. Zynga rolled out its revamped poker product in September following a lengthy tinkering under the hood, but player fondness for the old cartoony version has convinced the company that King Solomon was on to something with his plan to cut a baby in half to satisfy two mothers.

Zynga VP of games Jon Liu said the company would relaunch the old version, now dubbed Zynga Poker Classic, “to meet the demand we are seeing for both games.” The new/old product will appear first on iOS and later for Android but both versions are expected to debut before the end of the year.

Despite being six years old, Zynga Poker accounted for 24% of Zynga’s overall gaming revenue in its Q2 earnings report, so keeping poker players happy is crucial to the company’s bottom line. Zynga won’t release its Q3 numbers until early next month but the company’s stock went on something of a roller coaster ride this week, rising from $2.29 on Monday to $2.53 early Wednesday before closing at $2.34.

Playstudios, the developers behind MGM Resorts’ highly successful MyVegas social casino app, has raised $20m in a third round of venture capital funding. MGM was among the participants digging into their pockets during this latest round of passing the hat. PlayStudios CEO Andrew Pascal, a former Wynn Resorts and WagerWorks exec, told VentureBeat the company was “in a position where we are self-sustaining” but saw a chance to “more aggressively invest in our current apps or, opportunistically, find and create other apps to invest in.”

Finally, after a suitably long buildup, video game stalwarts Atari have issued an extremely brief notice promising to launch their social casino in November. Atari has teamed with developers FlowPlay to launch Atari Jackpots. No specific date for the launch was provided.