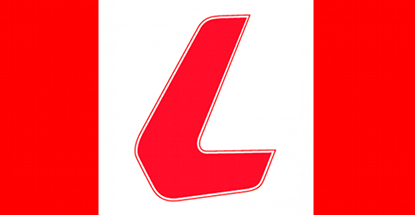 UK bookies Ladbrokes have become the latest online gambling operator to withdraw its services from the Canadian market. On Tuesday, Ladbrokes’ Canadian account holders reported receiving emails saying they would no longer be able to register, deposit or wager as of October 1. Customers will have a further 30 days in which to withdraw their funds, but “any bonus funds and pending winnings still tied into wagering requirements in accounts from Canada will be forfeited” as of Oct. 1.

Ladbrokes was tight-lipped as to the reason behind its decision, saying only: “We regularly review our ability to offer gambling facilities in different countries throughout the world.” Lads joins the recent stampede to exit the Great White North, following similarly ill-defined exits by betting exchange Matchbook in July and Betfred in June. In January, payment processor Skrill announced it would no longer handle Canadian-based online gambling transactions.

Ladbrokes’ Oct. 1 deadline neatly matches the launch date of the new licensing regime imposed by the UK Gambling Commission (UKGC). As a condition for re-licensing, the UKGC required operators to offer legal justification for continued operations in any grey or black market from which the company derived 3% or more of their overall revenue. Lads was not thought to have been a major Canadian player, but given the well publicized struggles of Lads’ online operations, perhaps its Canuck share grew in relative terms simply by standing still.

Officially, online gambling in Canada is limited to the individual provincial lottery corporations, although the law allows some wiggle room provided internationally licensed operators don’t base their gear within Canada’s borders. In May, the federal government clarified that its proposed extensions of anti-money laundering laws to online casinos applied strictly to the provincial monopolies.

Canada’s parliament has approved legislation that would permit the lottery corps to begin offering the single-game type sports wagers that operators like Ladbrokes offer(ed), but the C-290 bill has been stuck in molasses in Canada’s Senate for two years now with little sign of progress. The Senate reconvened last week after its summer break, but there’s little indication of any plans to mount a full-court press to bring C-290 up for its third and final reading anytime soon.