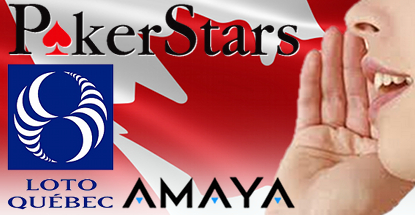 Loto-Québec is downplaying reports that it misused taxpayer money via an ill-timed investment in a French casino venture. The Journal de Montreal reported that the gambling monopoly in Canada’s second-largest province has invested a total of $120m of taxpayer funds in JOA Groupe (formerly Moliflor Loisirs), France’s third largest casino operator.

The original investment stake was made in 2006 by Loto-Québec’s then-CEO Alain Couisineau, giving Loto-Québec a 35% stake in JOA, which operates 21 casinos and an online gambling site in France’s regulated market. But new smoking laws and the lingering effects of the 2008 global recession have stunted revenue and the investment has yet to produce any returns for Québecois taxpayers. Loto-Québec insists the investment will turn a profit by some future unspecified date.

FALLING EARNINGS PROMPT CALLS FOR ACTION
Late last month, Loto-Québec reported revenue of $853m and net earnings of $291.2m in ifs fiscal Q1. The figures represent a slight improvement over last year’s Q1, but the crown corporation noted that the three-month period ending June 30 had six more days than the comparable period last year. Stripping aside those extra days, revenue and earnings would have fallen $44.3m and $17.3m respectively year-on-year. Over the past five years, Loto-Québec’s annual profits have fallen 22% to $1.14b. The downward trend is accelerating, with profits falling 10% last year.

Loto-Québec was the second provincial gambling monopoly to take its action online, via the launch of the Espace-Jeux site in late 2010. The site contributed a mere $6.7m to Loto-Québec’s Q1 revenue, but that’s $1.5m higher than the previous year. Loto-Québec has recently been reminding journalists that its share of Québec’s online gambling market is a mere 10%, with the remainder going to the many internationally-licensed online gambling sites that serve the Canadian market.

Québec has a population of around 8m, only 1m less than New Jersey. Over the same three-month period, New Jersey’s regulated online gambling market generated nearly $31.5m, about five times Espace-Jeux’s Q1 earnings. Clearly, something needs to be done.

PREPARING THE GROUND FOR POKERSTARS
Loto-Québec says it’s eagerly awaiting the findings of a report into Quebec’s online gambling market that was commissioned four years ago. A preliminary version of the report has been submitted to the government but won’t be made public until later this month. Loto-Québec senior execs claim not to know what the report recommends, but their public statements suggest otherwise.

Throughout the summer, Loto-Québec has been dropping hints that it will pursue some European-style liberalization that would bestow official government blessing on select private sector operators. The ears of Canadian poker players perked up in June after Loto-Québec revealed it was holding discussions about entering into a “contractual agreement” with PokerStars, just a week after the online poker giant was acquired by Montreal-based Amaya Gaming Group in a $4.9b blockbuster deal.

In July, Québec’s Finance Minister Carlos Leitao told a parliamentary committee that a PokerStars tie-up would “open a new door” and allow Loto-Québec to increase its market share at the expense of those pesky international operators. Loto-Québec CEO Gérard Bibeau told the same committee that the folks running Amaya – which already has a technology supply deal with Loto-Québec – had “good intentions.”

Tim Foran, Amaya’s head of investor relations, subsequently told La Presse that the company had a “longstanding relationship” with Loto-Québec and was “studying how we can deepen this collaboration to the benefit of Quebec and Canadian players.” The reference to Canadians outside Quebec’s borders suggests Amaya may plan to link PokerStars’ software to the fledgling Canadian Poker Network, which shares poker liquidity with the rest of Canada’s provincial monopoly online gambling sites.

Last Friday, Loto-Québec media relations director Jean-Pierre Roy told Radio Canada that the corporation will take the soon to be released report’s recommendations seriously, after which it will hold talks with the provincial government about how to proceed. Frankly, it appears as if Loto-Québec has long since made up its mind but want to use the report as political cover for breaking with longstanding Canadian gambling traditions.

Meanwhile, serious questions remain as to how this public-private partnership would work; whether it would require amending Canada’s Criminal Code, whether Canadian players would continue to have access to PokerStars’ global player pool and just how many US poker players would be willing to adjust to a poutine-heavy diet.