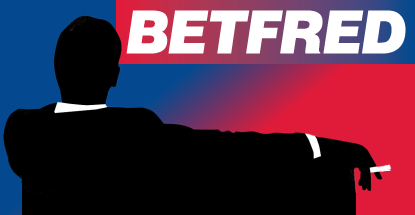 UK bookies Betfred have appointed veteran executive John Haddock as their new CEO, filling a void that has been vacant for two years. Haddock, who previously served as managing director, assumes the role last held by Trevor Beaumont, the former UK Tote CEO who joined Betfred after the company acquired the Tote in 2011, only to leave one year later. Haddock told the Racing Post that he was “delighted” with his new designation and looked forward to “continue growing the company across all platforms whether it’s in the shops, on racecourses or digitally.”

Speaking of, this week saw Betfred Digital managing director Chris Sheffield announce his imminent departure from the fold. Sheffield is stepping down from his day-to-day role at the end of August although he will continue to work on projects outside the business with Betfred founder Fred Done. In his over three years at the helm of Betfred’s online operations, Sheffield oversaw significant growth, reflected in the 42% rise in online profits in the company’s most recent annual report. The company has yet to announce Sheffield’s successor and is believed to be exhausting all internal options before looking elsewhere.

Betfred’s digital ranks underwent a further shakeup via the departure of its head of online marketing. Adele Lawton, whose resume included stints at Playtech, Gamesys, Bet365, Gala Coral and BSkyB, joined Betfred in November in what the company referred to at the time as a “major coup.” Betfred has yet to publicly comment on either Lawton or Sheffield’s exit.

Lawton’s exit appears to be part of a broader shakeup at the online division, as the company recently announced the appointment of a new creative agency. Betfred launched a review of its £5m advertising account in May, and this week appointed London’s Brothers and Sisters after a competitive bid process that included Betfred’s longtime creative team BJL.

Campaign Live reported that Brothers and Sisters are already working with Betfred on a new multi-channel national advertising campaign that will kick off in time for the new Premier League football season in August. Rakesh Chablani, managing director for Betfred’s parent company Petfre, said the company faced “challenging times ahead in an ever-increasing competitive marketplace” but Brothers and Sisters had “showed us a concept that I believe will tackle those challenges head on.”