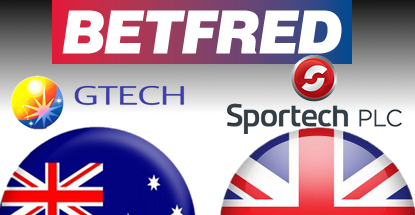 UK bookmakers Betfred have enlisted longtime technology supplier GTECH to help broaden its betting horizons in Australia. Betfred soft-launched a mobile-only sports betting product down under in May and vowed that standalone apps as well as desktop sports and horseracing wagering products would follow later this year. Like most Aussie online bookies, Befred holds a license issued by Australia’s Northern Territory Gaming Commission.

GTECH, which has provided the technology underpinning Betfred’s online sportsbook in its home UK market for the past decade, will roll out a market-customized version of its MarginMaker betting platform in conjunction with Degree 53, Betfred’s Manchester-based front-end development agency. Declan Harkin, GTECH’s senior VP for Europe, Middle East & Africa, said he hoped the two companies’ first foreign collaboration would be “the first of many.”

Earlier this week, Betfred announced it was outsourcing its Totepool technology platform to the Racing & Digital division of Liverpool-based Sportech PLC. The 10-year, £9m deal will see Betfred ditch its current tote technology in favor of Sportech’s Quantum system starting in 2015. Sportech will provide a new digital framework encompassing desktop, mobile and self-service terminal wagering, as well as providing maintenance and support for the duration of the deal.