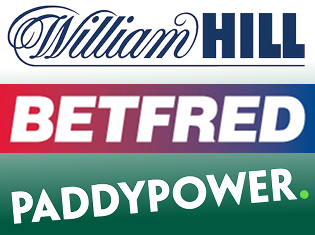 UK betting operator Betfred saw profits surge 30% in its most recent fiscal year. Fred Done’s company saw turnover rise 19% to £8b in the 12-month period ending March 31, while pre-tax profits hit £69m. The company’s online division saw profits rise 42% to £6.6m, while the Tote pool betting operations Betfred acquired in 2011 contributed £23.7m to Betfred’s profit tally, easily exceeding its annual target of £20.5m. The company also reduced its net debt by £43m to £213m and plans to add 25 to 30 new retail betting shops to its existing complement of 1,375. Mr. Done said he was “delighted” with the numbers and “very excited about the future.”

That future includes the UK’s new point-of-consumption tax (POCT), a fresh challenge for all the bookies – including Betfred – who relocated their online operations to Gibraltar to avoid paying UK tax. On Wednesday, Gibraltar-based William Hill announced it would maintain its operations in the British Overseas Territory regardless of the tax changes, which are set to take effect in December 2014. Hills has established a new office in east London’s ‘Tech City’ but Andy Lee, managing director of William Hill Online, said Hills’ 400+ employees in Gibraltar shouldn’t fret over this development, as the new London office will likely top out at 40 staffers. “We run our global operations from [Gibraltar] … and there are reasons why we will remain there in order to be competitive in this market.”

Irish betting stalwarts Paddy Power have boosted their profile on their native soil by acquiring nine betting shops from independent bookie Hacketts, which was established in 1965 by Cyril Hackett. Terms of the deal were not disclosed. Counting the nine new shops Paddy opened earlier this year, the Hacketts add-ons will bring the company’s complement of Irish shops to 232, while reducing Hacketts’ numbers to just over 40 shops. Paddy intends to rebrand its nine new shops, which are located in Limerick, Dublin, Clonmel, Templemore and Tullamore, when the deal officially closes in January.