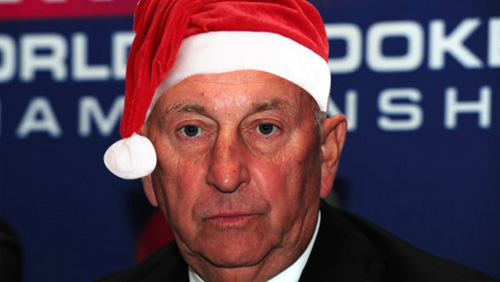 Betfred Owner Fred Done is given the title of Scrooge by employees who have been told they will have to take a pay cut, will have wages linked to the success of FOBTs and will have to work late on Christmas Eve.

The Fixed Odds Betting Terminals (FOBTs) has picked up the tagline of the most heinous piece of machinery to line the High Streets of the UK…well that’s if the cries for help are to be believed pouring out of the tabloid press. 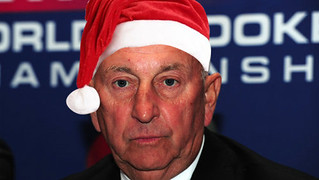 The pressure is on David Cameron to take a long hard luck at all the noise, with rumors of money laundering and debt ridden communities blowing all their dough on the £100 a spin machines.

So with all of the screaming and shouting one would expect the local bookmakers to be doing everything in their power to quiet the racket?

Well that’s not quite true when it comes to Betfred…

The Guardian has run a story that says hundreds of staff at Betfred have been told in a memo, just weeks before Christmas, that they are going to have to suffer a pay cut by several hundreds of pounds a month, and that their future earnings will be linked to the performance of the FOBTs.

In a move that will pile pressure on the employees to push more people towards the FOBTs, the Guardian notes that managers who do a good job of pushing punters towards these machines can earn £9 per hour, while those that don’t will see their pay dwindle to £7.75. All other staff – assistants and cashiers – will be on £6.31 or above.

“{Bosses} will be at home enjoying his turkey while minions work their *** off.” Came one quote from a social media source.

The Betfred brothers are worth an estimated £850m, and last years sales were up to £6.7bn, from £4.1bn the year before.

To ease the situation Betfred owner Fred Done has sent a Christmas card to every single employee that shows him wearing a festive hat…that should solve everything then.

If wage cuts were not enough to rankle the minds of those at Betfred, employees are also up in arms over being forced to work late on Christmas Eve, despite there being no major sporting events taking place in the UK.

The unruly insiders have told the press that the shops are going to open until at least 21:00 so the bookmaker can make money from its Fixed Odds Betting Terminals (Oh Christ…they are being blamed for ruining Xmas now).

An unnamed worker told the Mirror, “I know of staff with young children who wouldn’t be able to put their children to bed on that of all days.”

It seems the original plan was for the majority of Betfred shops to shut down at 19:30 on Christmas Eve, Boxing Day, New Years and New Years Day, which was then altered to 18:30 until this latest revelation.

Fred Done Pays Out Early on The Ashes

His employees may think that Fred Done is playing the role of Ebenezer Scrooge to perfection, but his punters may differ.

The man who holds legendary status for paying out early on Manchester United Premier League exertions (perhaps not this year), has done it again, only this time it’s cricket fans that are going to benefit.

The Betfred boss believes the battle for the Ashes is over and has decided to payout on an Australian victory despite the third test even starting.

“I’m afraid I can’t see a way back for England that’s why the Aussie backers can go and get their dough in time for Christmas. England seem to be lacking confidence and history says there is no way back in this series.”

The Aussies started the series as the underdogs, but have so far whipped the English, and take a 2 v 0 lead into the third test.

It remains to be seen if Done is made to pay for his kind hearted gesture, as he did when he wrongly paid out on Manchester United winning the Premier League in both 1998 & 2012.

Lawton has 15-years experience in the gambling industry that prior to joining Playtech spent three years as head of Jackpotjoy. Her CV also contains ink appertaining to positions at BSkyB, Bet365 and Gala Coral.

One expects her wages to be slightly higher than £6.31 per hour.