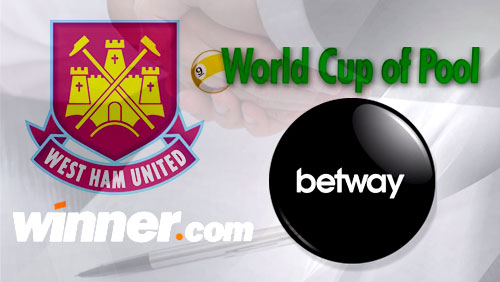 West Ham United has a signed partnership deal with online bookmaker Winner.co.uk. Like most deals involving online betting sites and English Premier League teams, Winner becomes West Ham’s official betting partner for the 2014–2015 EPL season. As part of the deal, the online bookmaker and casino gets exclusive rights to display its advertising throughout the team’s home stadium, Boleyn Ground, in all of the Hammers’ home games this season.

West Ham United Commercial Director Felicity Croft commented on the deal late last week. “We are delighted that Winner.co.uk have chosen West Ham United as their partner in the Barclays Premier League,” he said. “We look forward to working with Winner across our joint initiatives this season and offering Winner a unique platform to reach millions football fans across the world.”

West Ham is the first partner for Winner in the Premier League as the latter continues to improve its status as a growing online betting brand in the UK. “West Ham has great core values,” Winner Marketing Director Yoni Sidi said. “They are known for their footballing tradition, fantastic community work and the Boleyn Ground is famous for its great atmosphere.”

I believe that this deal symbolizes a lot about who we are, and what we wish to achieve. It is a groundbreaking and unique deal and to celebrate we will be offering all our users best price on West Ham to win at each game this season. We are really looking forward to getting started.”

Moving outside to the wide world of English football, another online gambling site has signed a sponsorship deal with one of the most prestigious pool tournaments in the world.

Online betting company Betway signed off to become the title sponsor of the 2014 World Cup of Pool, a six-day event featuring 64 of the best pool players in the world playing as 32 two-player teams for the right to be called the world pool pairs champions.

“We are very excited to have Betway on board as title sponsor,” Matchroom Sport Chairman Barry Hearn said. “The World Cup of Pool is one of the sport’s major brands and the event has a huge reach across the world to millions of fans through broadcast and digital platforms.”

Betway’s sponsorship of the World Cup of Pool marks the latest major sporting event the online betting has sponsored this year. Back in May, the company also served as the title sponsor of the Carl Froch-George Groves super middleweight title rematch. Froch won that fight via an eight round knockout in front of close to 80,000 fans in Wembley Stadium in May.