The English Premier League kicks off another season this weekend, which only means one thing. Football betting season is back, baby! 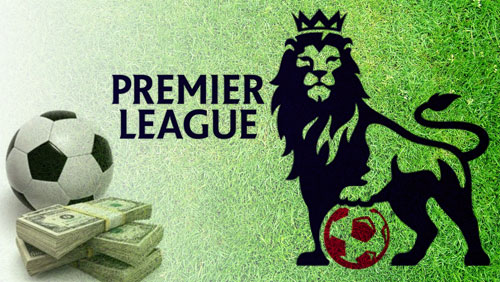 With respect to the La Liga, Bundesliga, Serie A and Ligue 1, I find the EPL to be the most fascinating football league in the world from a betting point-of-view. You get better game-to-game odds because of the parity in the league compared to the perceived notion of such in those other leagues. Sure, a Barcelona-Real Madrid match will drive in a lot of money but what you can’t say the same thing for a Malaga-Real Sociedad contest, can you?

In the EPL, interest in a majority of the teams means that there’s a lot of betting action to go around. Even recently promoted clubs like Leicester City, Burnley and QPR have enough support to make the action exciting.

So here we are, 24 hours away from the opening of the 2014–2015 English Premier League season. Strap on your seat belts, fellas. It’s going to be another season of rambunctious action with plenty of bets to be made.

Depending on who you ask, you’ll probably receive at least four or five different answers. Maybe even seven if you stretch it a little bit. Manchester City is the defending champion but it’s not the pre-season favorite to win the EPL title. That distinction belongs to Chelsea at 2/1 odds. City’s right there with the Blues at 5/2 odds, followed a little ways down the road by Manchester United at 5/1. Arsenal’s close by at 6/1 odds and then there’s Liverpool at 11/1 odds. From there, the line drops to 66/1 on Tottenham and 125/1 for Everton.

I’m going to strike off the last two teams because they don’t really have the class to contend for the title.

That leaves Chelsea, Man City, Man United, Arsenal, and Liverpool. The Reds would’ve been a sexy pick at 11/1 odds if star striker and serial chomped Luis Suarez was still around. But he’s taken his mandibles to Barcelona, living Liverpool with a glaring weakness in its attacking lineup. Daniel Sturridge should be able to fill in parts of that hole, but Suarez is considered one of the best strikers in the world. Without him, I’m not sure Liverpool has the offensive potency to go toe-to-toe with either Chelsea or Manchester City.

Here’s what I think will happen. The title race will go down to Chelsea and the two Manchester squads. The arrival of Diego Costa from Atletico Madrid and Cesc Fabregas from Barcelona gives the Blues a more dynamic lineup to play with. Same with City and the arrivals of Frank Lampard (from Chelsea, no less), Eliaquim Mangala, Bacary Sagna, Willy Caballero and Fernando. These two teams should be neck-and-neck throughout the season. But in my mind, the value lies in Manchester United at 5/1 odds, all because it has a new regime under Louis Van Gaal that can finally move on from the calamitous David Moyes era. Sometimes, all you need is a breath of fresh air to get you going again. That’s how, I think, the mindset is now at Old Trafford. Don’t be surprised if that lasts the entire year before culminating in United’s return to the top of the EPL ladder.

If there’s value in Manchester United, how about Arsenal at 6/1?

I like the moves Arsene Wenger has done this transfer season. He scooped up Alexis Sanchez from Barcelona, he’s got Year 2 Mesut Ozil on board and he’s got a dearth of quality attackers and midfielders to keep the Gunners competitive. Arsenal’s going to make a run of it, but I don’t see them sustaining that kind of pace for an entire year. Look for them to start strong before fading in the end on their way to another Top 4 finish.

What about Tottenham and Everton?

Like I said, it’s going to take a lot of skill, luck and other team’s misfortune for both Tottenham and Everton to make some noise. I’m not putting it past either to make a run for a Champions League berth but an EPL title is still out of the equation, at least for now.

Who’s in range of being the top scorer in the league?

Suarez’s football genius was in full display last year, which opens up the race for top goal scorer of the year. United’s Robin Van Persie is the short favorite at 4/1, followed by Sturridge (5/1), Costa (6/1), and Manchester City’s Sergio Aguero (7/1). Unfortunately, none of these names is my pick to be the top goal scorer of the league. My money is on Arsenal’s Sanchez at 16/1. He’s a proven goal scorer that managed to get his fill at Barcelona even with the enormous shadows cast by Lionel Messi and Neymar. With a team and style suited to his playmaking, not to mention a world-class midfielder in Ozil who can set him up for goals, I like Sanchez to be the top goal scorer this season. At this point, jump on those 16/1 odds as early as now.

Who’s going to be relegated?

Next to Burnley, QPR and Crystal Palace are at 2/1 odds, followed by West Brom and Leicester at 5/2 odds apiece, Aston Villa and Hull City at 3/1 odds, and Swansea, West Ham and Southampton all at 5/1 odds. That’s already 11 of the 20 EPL teams this season. I’m omitting Southampton, West Ham, and Swansea because I see mid-table finishes for all three teams. Aston Villa’s a classic case of an infuriating underachiever but it would take a cataclysmic collapse for them to be relegated. That leaves me with QPR, Crystal Palace, West Brom, Leicester and Hull City. Five choices for the other two relegation spots.

QPR’s a feisty bunch and have built a good foundation to remain in the EPL. Not them. Leicester City will probably make it interesting but they’ll survive too. Hull City surprised many people by making it all the way to the FA Cup Final last year. They’ll stick around, too.

That leaves West Brom at 5/2 and Crystal Palace at 2/1 odds to join Burnley back in the Championship next season.